Words I texted tonight:  “I found the missing potato!!!”

I was three-exclamation-points excited to find that missing potato, which has been MIA since before Thanksgiving.

If you’ve ever had a potato go bad in your house, you’ll know why it was so important to find it.  A rotting potato = peee-ewwww.  And then they start to decompose like a corpse, and turn mushy and squishy and I just really have enough smells to combat around Chez Bang Bang without yet another one thrown into the mix.

My potato was missing because see below: 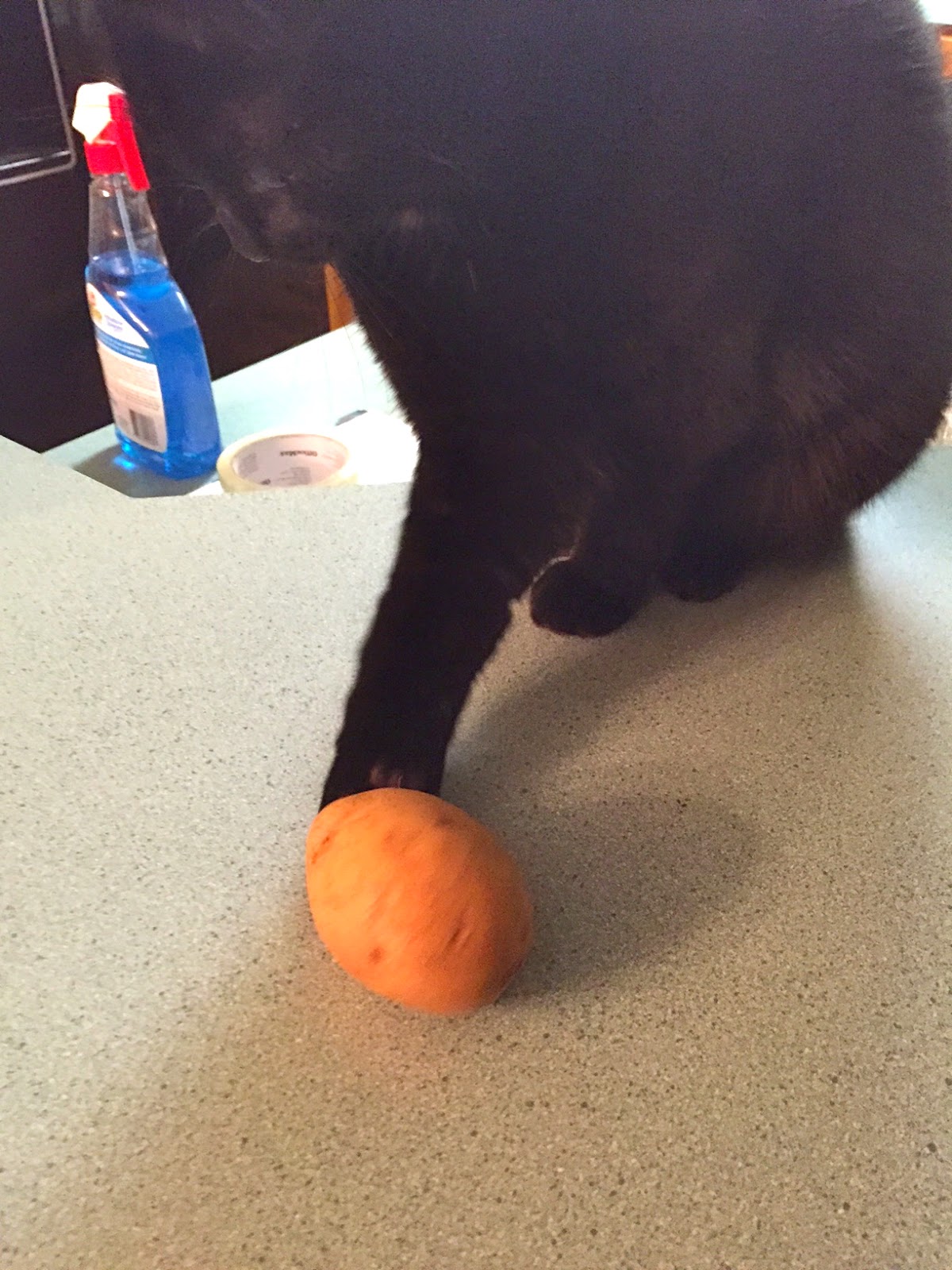 I was going to photo-shop out the bottle of cleaner seen in the picture, because it makes my counter top look untidy, but then I thought it’s actually proof that I clean, so it’s not lazy housekeeping at all, but more like a Good Housekeeping gold star of approval by keeping it out in the open.  I so far haven’t come up with a good explanation on why I’ve left packing tape on the counter since Sunday. I’ll come up with some rationale, just give me a minute or two..or three.
After I found the rogue potato, Gussie thought I’d brought him a new toy and wanted to have another go at it. 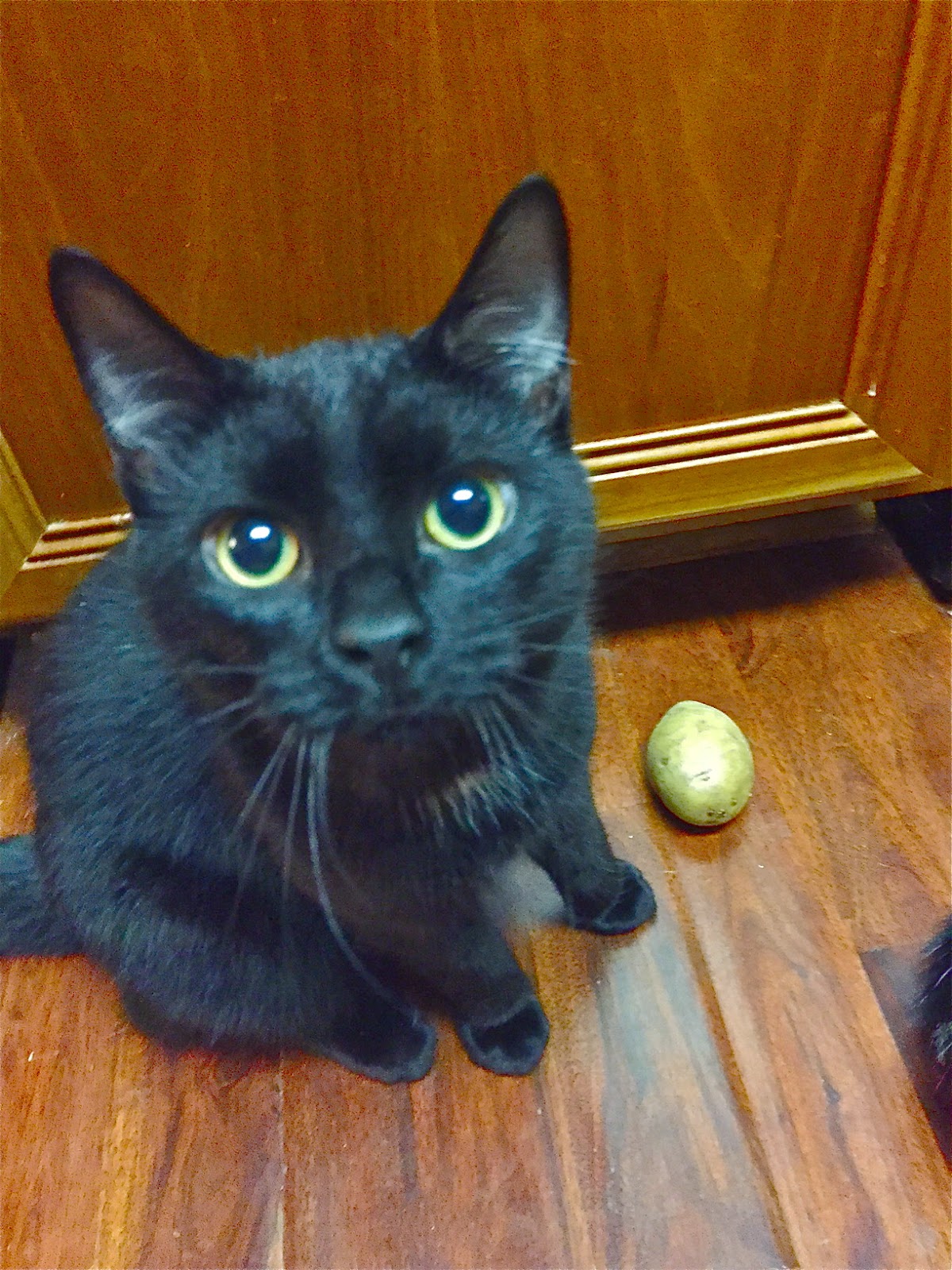 He’s also the reason the tomato I had on the counter had teeny-tiny little vampire bite marks in it.

Maybe he’s a vegan, like my bad-ass plant eater friend The Hoff.  I’d be happy to never put vegan cheese – also known as not-even-close-to-being cheese – in my mouth ever again. He’s welcome to it.
.

One thought on “Vegan Friendly”