Here’s another little random sampling of the shit that runs through my mind, Reader. It’s a little disturbing, actually, but who am I to judge me.

Last weekend we were attending a goodbye brunch for our friendies who relocated to Houston. It was held at an artsy little pancake house that served up items like The Fat Elvis, which was a peanut butter fluff & banana topped waffle.  Which, by the way, I did not order, and is testament to the amount of Plumb Crazy I am lately, considering I love all things Elvis, all things Waffle, all things Peanut Butter and all things Banana.
So of course I didn’t order it.
Because I’m fucked in the head, Reader. I can’t make good decisions even when they are presented on a platter smack-dab in front of my face.
Instead I opted for the “savory” selection rather than the sweet and ordered a BBQ pork & egg waffle.
At 9:30 in the morning. Because I make decisions that aren’t always in my best interest. 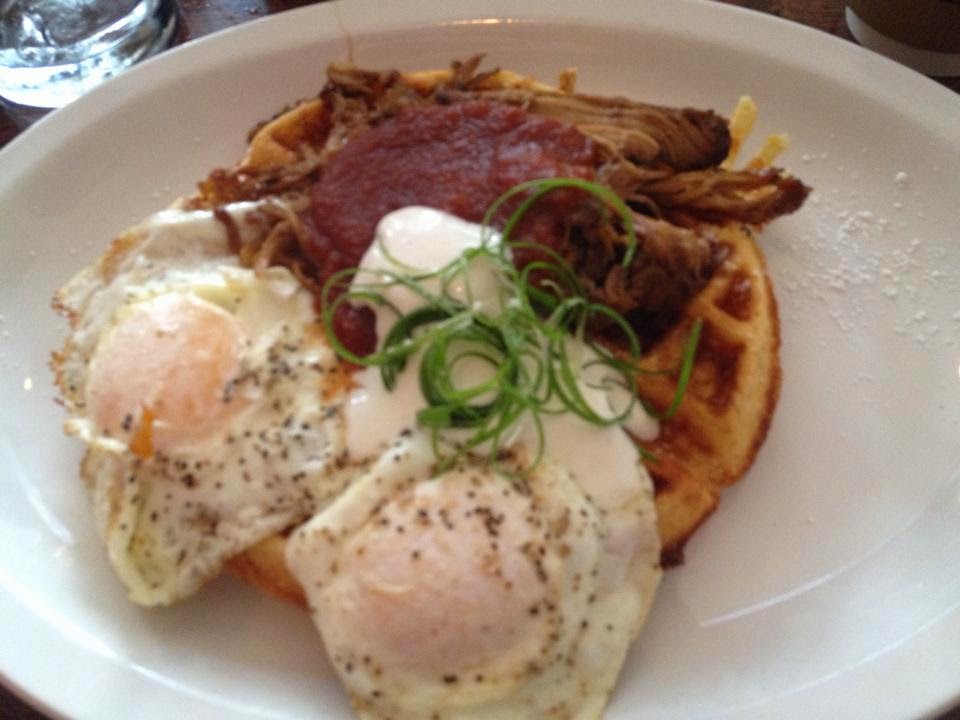 This didn’t make it into the category of “Worst Thing I’ve Had In My Mouth Lately,” however, it doesn’t qualify as “The Best Thing I’ve Put In My Mouth Lately,” either. I’ll sum it up by saying I managed to eat 90% of it, because Waffle, but this wouldn’t be my selection again.
Anyway.
Waffles aren’t the point of this rambling ride. The point of this little story is that when I went to use the bathroom at the end of the meal, I couldn’t figure out which was the ladies and which was the gents. There were some indiscernible pictures on each door, and it was confusing, because 9:30 a.m., or else I was woozy from bbq pork in the morning and not enough coffee. Regardless, I couldn’t figure it out and asked an employee who informed me, “Use either one, they’re the same.”  So I choose a door, peed and went on my way.
Driving home, it was percolating around in my head a little, because I knew that K had also used the bathroom there to pee. So I asked him, “When you used the bathroom, did you sit down to pee?”
Him: “Uh, what?? Why?”
TBB: “Because, there were no urinals, so wouldn’t you just sit down instead?”
Him: “Guys don’t sit down to pee. Why would we?? Unless we are already shitting, then we might pee just out of convenience.”
TBB: “I don’t know. I thought you might sit down sometimes just to take a little rest.”
Him: “No.”
TBB: “But if you DID sit down to pee, how do people with really small wieners pee? How do they angle the wiener down past the balls to pee into the bowl? Wouldn’t they pee straight ahead, with the wiener resting on the balls like they are a ball-shelf? And then the pee would squirt up between their legs a little?”
Him: “Stop talking.”
And that, Reader, is the shit I think about sometimes, and now you & I both know why I’m not more accomplished in life.
The end.