I was in Vegas for eight days.

I’ll let that sink in.

No one should visit Vegas for eight days. Vegas is a sexy showgirl you’re excited to spend a long weekend with, but after a while your wiener gets rubbed raw, and it’s time to move on to other entertainments.

My wiener was rubbed raw by Day 5.  But I still had more days of work that was just starting, so I stayed until I was cheese-gratered raw and sick of the whole damn city.

While I was gone during those 8 long days, I read a series of very unfortunate books. I couldn’t have picked more … un-uplifting (what’s the opposite of that? they weren’t depressing – that’s not the right descriptor – just un-uplifting) books to choose to read during my stint. 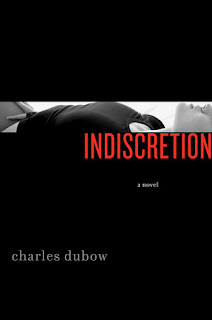 The first book I read was a library book I threw in my bag as an afterthought, Indiscretion by Charles Dubow.

Now, it’s not that it’s a bad book. It has a bit of a different perspective, which held my interest.  But man alive, it was all about how a man’s wiener can ruin a bunch of lives.

Guys? You need to control those things.

So then I moved on to a story about a man and his dog, because that seemed like a better story – a man and his best friend, Man Redemption. No wieners getting out of hand.

But holy smokes, you know what’s coming from the very get-go, and I did go into knowing it wasn’t going to end well for the dog, but as I woke My Mister up with my heart-wrenching sobs at 2:30 in the morning (where we were in our respective beds, because by that point in the trip after we’d switched hotels for the third time, we were both excited that they only had rooms with 2 queen beds available, hooray!), he exasperatedly explained, “But you KNEW it was coming!”

Sobbing, I explained, “But I didn’t know it was going to be so sad!”

That Garth Stein, he writes an emotional story.

I was wrung out after that, and needed to not read for a while.

So I waited until my flight home, where I knew I had long hours to pass at the airport and then during my 4-hour flight home. 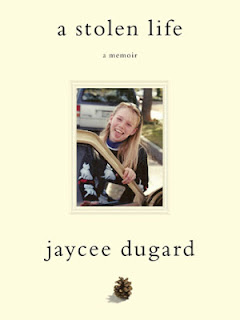 I took a recommendation from my hairstylist, which was to read the memoir of Jaycee Dugard, who was kidnapped for 18 years.

Another uplifter, right? Might as well make it a trifecta.

I got into this story and by the time my plane touched down, my first thought was, “Already??”

Those four hours flew by (literally).

I’ve had quite an interest (not quite an obsession, more just a strong interest) in kidnapping stories since the rescue of Cleveland’s own trifecta of girls that made the headlines. Reading Jaycee’s story provides a good glimpse into survival, and getting by year after year in captivity, and also a good understanding of how a kidnapper/tormentor can wield such mind-power that it becomes impossible to escape, even when opportunities arise.

By the end of that trip to Vegas I was in an emotional slump.

I went to the library to return Indiscretion. And picked up my next read, The Girl in the Leaves.

A synopsis: THE STORY OF ONE OF THE MOST BIZARRE MASS MURDERS EVER RECORDED. AND THE GIRL WHO ESCAPED WITH HER LIFE. In the fall of 2010, in the all-American town of Apple Valley, Ohio, four people disappeared without a trace.

Reader. I need an Intervention. This is currently on my nightstand and I started in on it a couple of nights ago. Luckily, the writing isn’t that great so I’m not as mesmerized as the story no doubt warrants.

My brain is like a rubbed-raw-from-too-much-Vegas wiener and needs a time-out.

So help me. I need some reading recommendations that are going to make me smile, and when I replay the scenes over and over in my mind I’m going to have pretty thoughts, instead of comparing my cat’s lives to those of kidnapped victims. Because I’m starting to feel guilty for keeping them caged up in the house, never allowed to go outdoors, having to succumb to my affections because I’m bigger than they are, and being at my mercy for food, water and medical care.

Help. My book club – that includes only me – is making bad choices in a row.