The Bang Bang Theories
Let's Be Friendies
Where were we? Well, right here! My toes were in that sand and they were happy feet. 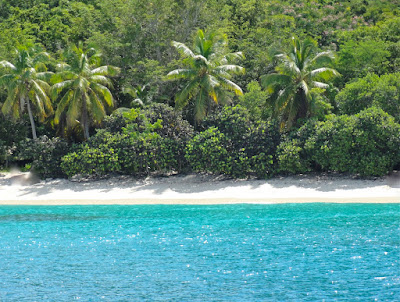 We took a catamaran sail over from St. Thomas to St. Johns island, where we did some snorkeling and lollygagging around. We had a lot of this in our view, and it was good:

I was in this position. A LOT. 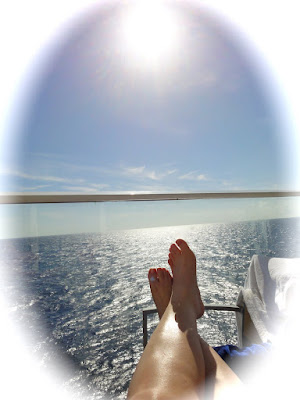 And sometimes, we canoodled on the balcony. Canoodle is a word that doesn’t get nearly enough play, and should because it’s fun to say and type. 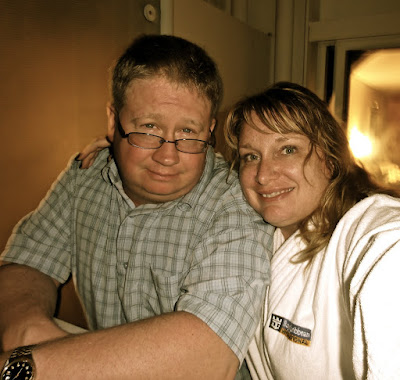 Actually, I was on the balcony A LOT. Naked. I like to make that my goal on each cruise, to be naked on the balcony at least once, but I found myself out there every day naked for a little while. You couldn’t see over unless you really craned your head around, and if you’re that interested believe you me, you’ll probably only want to look once. I’m – ahem – not 18 any longer. It’s nice to get sun on things that never see the sun.
And we had really pretty nights, too, like this one in St. Maarten: 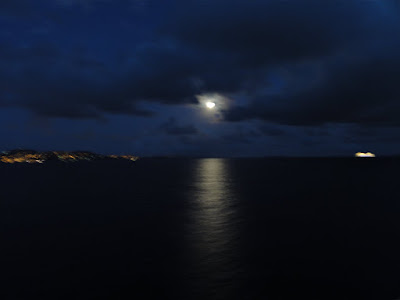 You can see the island lit up with life for the night, a cruise ship sails off, and the moon casts a beautiful glow over it all.
Because of the weather, we flopped our itinerary a bit and ended up in the Bahamas on the last day instead of the 2nd day of the trip. We went in during the afternoon, 2pm-7pm, instead of the 7am.-1pm crazy times we had originally scheduled. That stop is normally planned so early (not going to happen for me) and doesn’t stay long enough, that we never get off the ship.
Since we were leaving during the nighttime for a change we got to see Atlantis lit up: 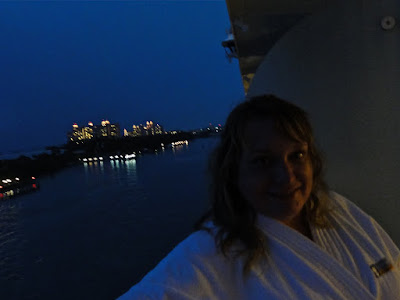 And we saw the Disney Dream leaving just before us, and it was lit up like a party: 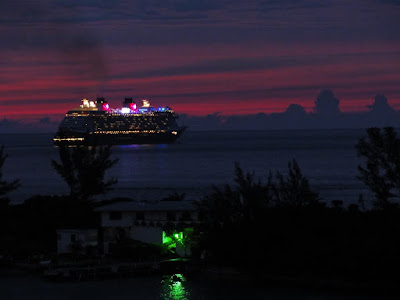