The Bang Bang Theories
Let's Be Friendies
Saturday night we had tickets to see Chelsey Handler at the State Theater. We decided to make an evening of it and cash in on one of the nights I had won at the Marriott. We got downtown around 5:30, checked into our room, where we were happily pleased to see how nice our room was. They’ve done a remodel of the hotel and our room was really well-appointed, and we had nice views of the city. 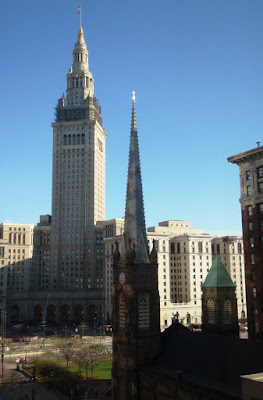 We took a cab over to the State Theater, where we had dinner at Star, the adjoining restaurant. It was overpriced, but I guess you pay for convenience. I had calamari and duck. Kenny had mini beef wellington and scallops. Then we headed next door to see Chelsey. 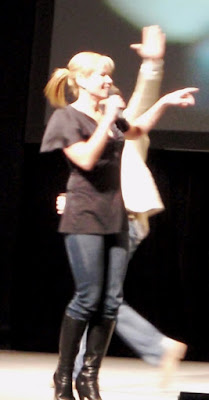 She was entertaining, but used a lot of the material that I had just read in her Horizontal Life book. There were a couple of hecklers in the audience, which I really don’t understand. Why pay money to go there and yell at the entertainers? They only succeeded in pissing off the audience. Chelsey just told them to just shut the fuck up, which was good. She also did a whole masturbation skit and got so involved with it that she ended up hitting herself in the lip with her microphone and gave her a fat bleeding lip for the rest of the show.


After the show Kenny convinced me that we should just walk back to our hotel. I was a little apprehensive, seeing as two dudes recently got shot in the head in downtown Cleveland, but the weather was perfect for an evening stroll so walk we did. Took a few touristy snapshots along the way: 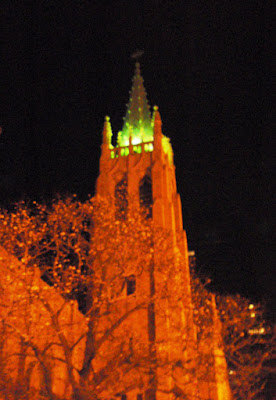 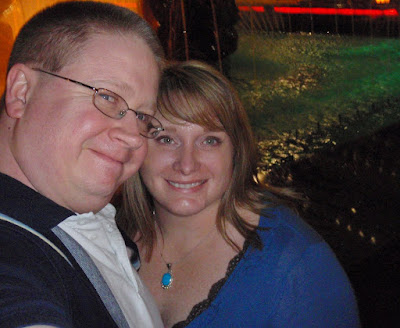 The hotel had the best beds! We slept very soundly, and it was extra-great without any cats walking all over us at night. I love ’em, but it’s a treat to not have them around occasionally. Plus, the hotel had a fantastic shower – nice “rain shower” spray. The package included breakfast at the hotel, which was good. We got home around 11 a.m., where I planned to start my day.

Well, that plan didn’t really happen. I laid around on the couch for four hours, napping on and off and watching HGTV and the Food Channel. So nothing was accomplished on this particular Sunday.

Boy, I can tell I’m out of practice writing – I can’t even make an entertaining little story about a night on the town. Oh, well. I think I need to practice and get back in the groove again. Believe me, I had some good stories that didn’t get blogged, and really were blog-worthy. For instance, How Kenny Spent The Night Before Easter. Let’s summarize that to include consoling his friend who’s having marital strife at a strip club – where he only got 3 private lapdances, after the third one he said, “Enough!” – and ended the night at Steak and Shake. He tried to keep the emphasis in the storytelling on that part of the night, but I wasn’t buying it, unlike his lapdance purchases. Three. I told his grandmother and mother on him during Easter dinner.

Here’s a little fun that summarizes the fun you can have in Cleveland:
http://www.youtube.com/watch?v=ysmLA5TqbIY