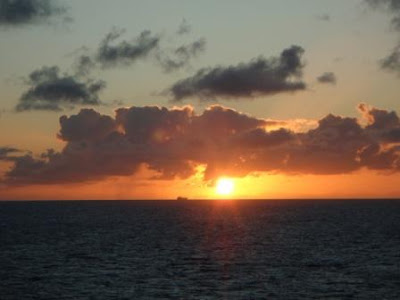 Well, Reader, it’s been a slow week. I miss vacation and hope we get a free cruise offer for the springtime. Nope, not sick of it yet. I eased into the workweek like an old man easing into a warm bathtub (Seinfeld reference). Slow and gentle. In fact, I can’t quite come to terms with the onset of early darkness. All week long I’ve changed into my jammies as soon as I’ve gotten home, and was ready for bed by 7 p.m. I got very little post-vacation chores done as a result, but I was sure well-rested! I’m working on the laundry and we finally just went to the grocery store today. I’m making lemon chicken from an online recipe. It may turn out horribly, but we’re going to give it a whirl.


So that was pretty much the week. I’m busy at work, but once I got my head wrapped back around it all, it started to make sense again and some smart-sounding words came out of my mouth. We had a day-trip to Chicago on Friday to view some research studies, it was a quick day, in and out. I met a man on the flight back who I believe was interested in this tasty little treat I call ME. Kenny better watch out! He gave me his business card, he’s in the dental industry and is gonna hook me up with some tooth whitening stuff. I’ll be happy to swap him some social expressions product for dental care! Kenny didn’t seem too threatened.

As a result of all that, I had a dream last night that there was a dude who was a Kayak-er for a living who was trying to woo me away from Kenny. Dream Kenny told the guy, “You can have her, but you’re going to need to get a better job than kayaking, she’s expensive.” Real-life Kenny thought that was rather humorous AND true.

So. We purchased YET ANOTHER coffee pot yesterday. Ours works fine, but you can’t brew with the lid on because it doesn’t always work well, as evident from past posts. So we have yet another one to try out. This will be something along the lines of 5 coffee pots since I’ve lived here. I still have my old trusty Mr. Coffee in the basement. If this new Cuisinart doesn’t work, we’re digging that one out and using it. It has never failed me, and has actually been with me through two marriages and divorces. That’s a pretty good track record for a coffee pot!

Update: We just enjoyed my lemon chicken recipe. It was pretty good. I would do things a bit differently in the future. The recipe called for using skin-on, bone-in chicken, and the lemon and fresh tarragon got tucked down in between the skin and the meat. It made it a little messy to eat, getting that skin off, and taking some of the other seasonings with it. I think it would do just fine with boneless/skinless fowl. Twinkle LOVED it, he had no complaints, with the pieces of meat I gave to him. He growled over it, which is unusual for him.


I spent a little time this afternoon sorting though all my vacation souvenirs. It was a bit of a project, stuff is everywhere and I had to gather it all up. It was the first time Kenny even saw the stuff I purchased. I picked up a few cool things, some French linens for Ken’s mom while we were in St. Maartin, and from the flea market in Haiti I purchased a handmade wooden tray, a wooden globe and some pretty nifty little wooden storage containers. There was other miscellaneous junk, in Haiti they keep throwing stuff in the bag for you, but for the most part I’m happy with what I hauled home.

We’re heading off to the movies shortly, so that’s about it for now. I’m going to see The Duchess and Ken will go see Saw V. No wonder I don’t get anything productive done – we fuck off all the time. Last night we had a birthday party at 100th Bomb Squad. Tonight, shopping and movies. Oh well – it’s all these things that make up a life.