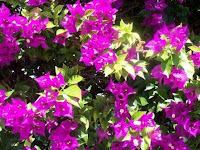 A hint of Spring, and then cold weather set in again. It appears to be a brief visit, I can still feel the promise of warm weather. My first night of golf season began last Thursday, and I couldn’t have ordered up better weather. I even had a rather decent game for the first night out, parring two holes. Now, the pars were surrounded by tens, but two pars in a night is damn good for me!

So I’m currently watching American Idol, which I’ve been sporadically interested in this season. Brooke just got kicked off, and I say good riddance. She’s not STAR talent. But the thing that is irritating the piss outta me watching it is how all the other contestants have now deemed it appropriate to get up and surround the person who gets voted off while they sing their swan song. I would be so irritated. It’s the last chance you get up there, you should be able to enjoy the limelight on your own for the last time. If I was up there, I’d push ’em all off the stage. Do you think Madonna would have allowed them to steal her spotlight? I think not.

Now that I’ve crossed into rambling, unimportant topic territory, might as well continue. What is wrong with this country that we’re so appalled by Miley’s naked back – who cares?! It’s her BACK. My friend Rita commented on the real issue at hand, Miley just looked creepy the way they lighted her, with a strong resemblance to the scary chick in the movie The Ring. If I were Miley I’d be ticked they made me look like a character in a horror movie.

It’s a light-happening week for me, for once I’m short on words. I’ve got big plans for May, with getting my garden spot ready, cleaning and cute-ing my back porch, as well as finally doing the last little bit in what should be our dining room area of the house. Exciting stuff, all of that. I did notice that my bird family has rebuilt their nest, in the same spot as last year, wedged between the gutter and the house. So I need to get that porch underway in order to watch my little family grow again this year.

Toastmasters has been busy lately, with my deciding to run for one of the open officer positions for the coming year. Elections are in May. I’m going to run for VP of Education, which is the 2nd highest position in the club. It’s going to be a lot of work, with the bulk of the work requiring me to put together a monthly schedule and assigning roles. I think it’ll be pretty easy, I’ll build it in Excel and create an Access database to house all the member information. Kenny groaned, said, “Oh, great, one more thing for your to constantly bitch about!” I would have to agree with him, I do complain about having to do almost anything, even stuff I enjoy, like golf! I guess I just don’t like having to do stuff, but I enjoy it once I get into it. My inherent “lazy gene” presides, it seems. Of course, when I do have a free evening to myself and could do all sorts of wonderful things, I instead choose to nap on the couch and watch inane television. I even have a really good book I’m reading, but that would have been too much “work” so I napped instead. In my defense, I have had late nights all week so far, not getting to bed before midnight since Sunday. That’s not enough sleep for me.

On that note, I bid you a goodnight. I’m going to read a little bit and get into bed early tonight since Ken’s running movies. He did think of a great name for the production company he’s starting, I’m excited about it. His editing software arrived yesterday, and he’s been diligently researching movie cameras. Dream big, baby! Maybe he’ll be the next Kevin Smith! If I ever get my book written he can turn it into a movie for me – what a great team we would be 🙂