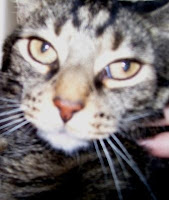 A mixing bowl, a towel, measuring spoons and kitchen shears. Those were the tools I assembled in our attempt to fix the toilet. Why in the world Ken and I attempted to fix the toilet on our own is still a mystery to me. All the websites said, “Fixing a toilet is the easiest home repair you can make.” I beg to differ.

The toilet has been on the fritz since our cruise last Fall, when it started flooding and we weren’t even home. Keith (Kenny’s stepdad) came over to fix it, and basically just did the littlest amount of correction possible, which is his typical M.O. So naturally, it was a matter of time before the toilet took a shit ~ha!~ and this was the week. The tank wouldn’t hold water. We determined it was most likely a leaky flapper, but by the time Kenny and I were done with trying to figure it out, the Mailman was here with wrench in hand and the entire tank was removed, with every piece eventually being replaced. We did try. The measuring spoons and bowl were to help get all the water out of the tank, by the way. It seemed to work best just sucking it up with a towel, for the record. Well, the end result is that we have an almost-brand-new toilet and we should be good for pooping for quite some time. The mailman was in his mailman outfit, which made it that much more fun for me to watch him. He said he was doing yard work in it, it’s an old uniform. Which I just find funny that he’d be doing work around the house in an old postal uniform. He looks cute in it, for sure – but then, I have a disturbing fetish for polyester uniforms.

After that bit of Sunday fun, I had even more assembly on my hands when I purchased a cat tower play thing that needed to be put together. Cats don’t even appreciate it, little unappreciative fuckers. Twinkle played in it for a while, but he lost interest pretty quickly when no one else would play with him. Kenny’s cats are NOT playful, not like Twinkie. He’ll run and bat and play with stuff all day long. So now we have this rather obnoxious thigh-high tower thing sitting in the dining room, being shunned by those it was designed for. Hrumpf.

Other than that, it was another typical week in the life of…not that that’s a bad thing. Normal shenanigans to speak of. Work was very evenly paced, I spent a little time building a database and creating a form for an upcoming project. Woo-hoo. Golf was good this week, I didn’t have a great game, but did have some nice shots, which helped. We ended up winning the match.
The better part of Saturday evening was spent making some returns to various venues. I returned some facial creams to Bath & Body Works, they have some doctor’s name on the stuff so of course I purchased it. Well, I didn’t love it, not for the $125 for the “system” so back it went. I ended up spending even more at the Clarins counter at Macy’s, but I feel like I’ve gotten better stuff. I expect to look 20 again by the end of next week. Or at least not become a wrinklie, age-spotted looking old lady, as I’ve seen happen to some. Not flattering, and well worth the fight and continued search for magic creams and potions.

Update: Cats are playing around the tower. Not in it, but close enough to be moving it around with their cat shenanigans. Kenny just threw Widda into one of the compartments, she has been eyeballing it all evening but she couldn’t quite trust it. She’s enjoying it. My $25 feels vindicated.

Of course we saw Ironman today. Loved it! There are a lot of good movies coming out lately, we save a lot of money having free passes to the shows.
In the interest of time (I need to get to bed, late crept up on me), and because I have nothing of interest to blather on about any longer, it’s time to call it a blog. Maybe more later in the week. I have to have something of interest to chat about. At least I hope there’s something more than this!

Peace, and enjoy the week.