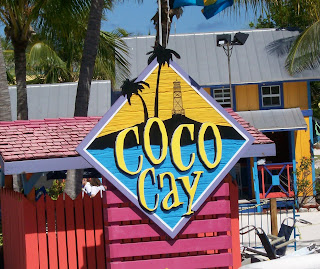 Friday sailed effortlessly into CocoCay, Bahamas bright and early. We had a hard time getting out of bed – it’s just the best sleep I’ve ever had, the cold dark room, heavy blanket on the bed double-wrapped in sheets – and Kenny gave us both a pretty good mock: We had to sleep more to muster up the energy for a day of laying around on the beach. That’s the definition of a lazy vacation!

Our ship, tendered off of CocoCay: 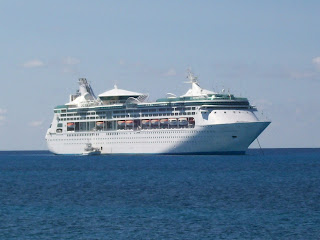 Lazing around pretty much sums up the day. The private island is beautiful, with azure waters cradled in the nooks of white sandy beaches, coconut trees swaying with the breezes. The temperature was on the cooler side of warm, which was a pleasant surprise that deeply south. 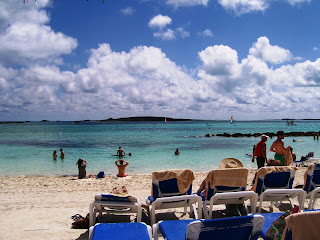 Here’s how the day was spent, with heavy doses of CocoLoco’s, the drink of the day. They were topped off with the most delicious rum, which is made in the US Virgin Islands and not available in the States. My liver was relieved to hear this. 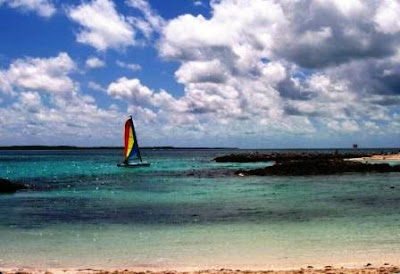 We found our lounge chairs nestled underneath a tree. This was my view, not too unpleasant at all: 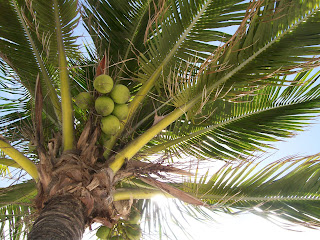 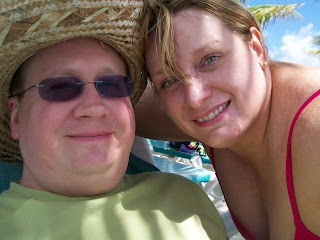 I was unable to resist the allure of the water, and took a dip. I was a little apprehensive because I had heard there was an abundance of jellyfish in the waters for some reason, so I was cautiously excited. Luckily I had brought my water shoes with me, after our trip to Labadee (where the beach was quite rocky), I learned to be prepared for unexpected beach hazards.

The water was chilly! I managed a quick float around, but the chill and the jellyfish prevented me from dawdling for too long. Some kids were trying to catch the jellyfish in a cup. I advised against that, I don’t think they’d be too happy to be “caught” by a group of crumbgrinders. Who knows if they listened, but I didn’t hear any screams….well, other than those from the group of New Yawkers who took up residence on chaise loungers behind us. Good Lord, at the risk of stereotyping, they are a loud and annoying bunch. That accent and the screeching – oye vey. I NEEDED the rum drinks to numb the noise! 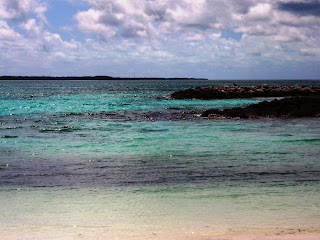 The cruise ship provided a beach luncheon which we meandered over to enjoy. It was a little…..off-putting, to see the flies landing on the burgers & such, but I got over myself pretty quickly. They’re ISLAND flies, not like typical Cleveland Trash Flies. I wouldn’t die if i ate a burger that a fly had landed upon. I’m happy that I’m not that uppity – I do know some people who would snub their nose at the mere mention of it, but come on – I’m not that hoity to not be able to appreciate a hamburger and fresh fruit on a tropical Bahamian island. I hope I never get that full of myself. And guess what – I didn’t die, nor even get a twinge of sickness! You can live if a fly lands on your burger! I’m sure the rum acted like a stomach antiseptic anyway. Medicinal rum 🙂

After some quick shopping on the beach huts (we purchased a hand-carved wooded elephant), Kenny headed back to the ship to play in the slot tournament (he was done with the sun anyway). I found an empty hammock where I lounged away the remainder of the afternoon. How lucky am I that this was how I spent April 11th? Lucky, I say! 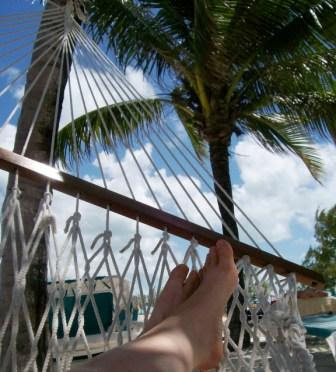 After our day soaking up the island breezes, I headed back to the ship, took a quick shower and then another nap. All that laying around can wear a girl out! I found Kenny and he reported that he did very poorly in the first round of the slot tournament (unlucky number 6 machine), so we knew we weren’t going to place for the money. Ah, well, it was still fun and free! Kenny was a little Budweisered up by the time I found him at the 3-card poker table, making friends with everyone.

For dinner we joined our new-found friends and I dined on roasted duck and a fine glass of Robert Moldavi Merlot. Not sure what Kenny enjoyed, filet of some sort, I would venture to guess. We ended the day relaxed and buzzed and happy, falling into bed sometime very late, a good day tucked deep in our memories.