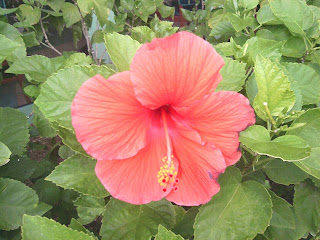 Tina, Timmy and Kenny went to HH Gregg this morning because Tina purchased a new 32″ t.v. which was supposed to be delivered yesterday and it is out of stock. The written policy of HH Gregg is “if it’s out of stock you get a free upgrade to the next-best t.v. in stock.” So they went to get her free upgraded model. They didn’t take me with them, which was their first mistake. The manager of the store told them that while that may be their policy, they weren’t going to honor it on this particular television. Something about it was an error and they were way oversold so a directive came down not to honor their policy. So they came away with nothing but a business card for the home office and some ideas about contacting Channel 8, etc. Shoulda took me. I returned a consumed rotisserie chicken with success – got my $5.99 refunded. I would have created a HUGE stink right in the middle of that store until they honored their policy. This isn’t the first bad story I’ve heard about HH Gregg – it won’t be on my shopping list going forward. Not that I ever bought anything from there anyway, but this just reinforces my decision. I never did like that store.

Kenny’s still in the pit of betrayal. His ousting from The Nitelites is his divorce. Unlike me, he is not a naturally positive thinker and tends for the overdrama of giving up on life. I told him today that I was done with trying to give motivating ideas and suggestions as everything I mentioned was shot down in a flash. He thanked me for not even “letting the body get cold” before I gave up. I guess I do tend to run out of patience rather quickly…Fsteve accused me of the same thing on a few occassions. But I just don’t tend to wallow…that doesn’t mean I get over things quickly at all, but I turn to positive activities rather than allowing too many pajama days. When I was sad, I worked out in my basement, painted my entire house, and planted flower bulbs because I knew that by springtime things would be different and planting the bulbs was my way of telling myself that I would also be different and ready to see new life. I was planting hope. That’s how I handle adversity. Oh, I stomp around and cry (for days, as Geri and Jill know) – but I bounce back and never say ridiculous things like “my life is over” or “I’d be better off dead”. That’s crazy talk and, good or bad, I value every day. Kenny leans towards the fatal and that overdrama is a struggle for me to deal with….but I’m trying. Betrayal runs so deep, it is hard to imagine ever feeling right again. Maybe you never really do, maybe it does change the fabric of your being. But you only get one chance here (unless you’re a Buddist, then you believe in never-ending lives), so you might as well make the most of it.

I’m still working on my New Year’s Resolutions. I haven’t gotten my 2006 Inventory List completed yet, so I guess procrastination is still ruling my world. I am not just going to make a few resolutions, but am actually going to list out an action plan for each. “Eating better” doesn’t really mean anything, unless you define what that means. My main goal is to be healthy, and again, that needs a definition. My back feels really good right at the moment – I know it’s still not “right” but it’s not dominating my thoughts. I want to start my Pilates DVD, but I’m holding off until Hot Dr. Golsch gives me the go-ahead. I was supposed to see him this morning at 9:00 a.m., and I realized that no amount of back pain gets me out of bed that early on a Saturday. That was just crazy for me even to pretend I could do that! I slept til 10:22 a.m. Then napped again in the early afternoon with the cats. It was a very restful day.

Jill has made an ambitious attempt to quit smoking. I hope she’s able to accomplish it this time around. She’s paused before…but hasn’t made it to a full-fledge stop. I can’t imagine the strength it takes to beat that addiction, but the only way to do it is the hard way – stopping. She might as well give it up since the new smoking laws passed – she’s forced to change her habits so she might as well go all the way with it. Good luck, Jill! And remember, if you don’t have a perfect day, try again tomorrow.

I’m very excited that it’s been raining and I finally used my stylish Coach umbrella. I am nervous that I am going to leave it somewhere so I’m careful about bringing it out – if it’s a light drizzle I won’t take it with me. I think that’s counterproductive to the function of the umbrella, but I’ve never had such a cute umbrella before! Geri got a compliment on hers the first time she used it.

I believe I’ve fallen a little in love with Jessica Alba, after seeing her pictures posted on The Superficial. Man, she is smokin’ hot! I’ve posted her picture from People magazine on my fridge so I can use it as inspiration for my new 2007 body I’m hoping to get. I know that’s a healthy aspiration, to use a 20-something movie star as my role model for my 40-something-year-old self.

That’s as good as it gets from here this week.

One thought on “January Returns!”