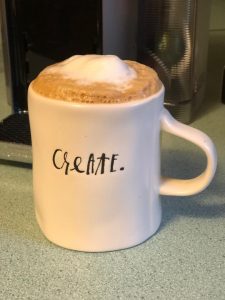 EVERYTHING in the world is happening right now, and I’ve decided that it is my social distancing responsibility to write  valuable information on a much more regular – if not daily – basis.

I add the “if not daily” because does that mean I won’t be posting daily, or I will? I think that’s a statement that can go either way so whatever happens, I can count that as a success and that’s how I like my goals.

I’m also going to have much more free time in the coming weeks because my work hours were slashed in half, and I’m not complaining because other folks lost all their hours including My Mister, so our house is on financial lockdown.

Except for that ten dollar bottle of wine I purchased and drank all up last night, because read long-winded sentence above.

Instead of being a big ball of All The Time Fret, though, Imma just going to write some stories, clean up Chez Bang Bang, and apply for full-time jobs that we both know won’t be doing any interviewing so it’s basically fruitless, but I like fruit and that doesn’t even make sense, but maybe I’m still drunk from that bottle of wine, which is made with fruit, so full circle right here.

Most of the time when I sit down here I don’t even know what is going to fly off my fingertips. This is one of those times.

I did spend part of the day yesterday trying to convince My Mister that if we can convince 100 of our friends to send us $100, and then WE send $100 to someone we can get a chain reaction going and also have $10,000, and doesn’t that sound simple enough?

He didn’t believe in the plan.

He felt there was a hitch in it somewhere, and basically said our friends wouldn’t be reliable enough and I feel like he threw down a challenge to you guys and you should PROVE HIM WRONG and get those checks addressed to Chez Bang Bang post haste and he will then have cage-free egg on his face.

In other happenings, I have had a can’t-lose book idea for years now, and it was just this morning that it all came together for me and now I have to write it.  Nothing like a pandemic and self-imposed house arrest to inspire me.

Also, I’ve been on a 29-day streak of practicing up my Espanol, and having that app keep count  of my days for me has really brought to light how time passes whether you’re doing something or not. My yoga has been consistently irregular, too, which means that I do it at least three times a week, but sometimes more, although I stopped checking off my little boxes so I don’t have that visual reminder. I can’t say I’m any more bendy, but I’m also not less bendy, so I’ll take that as a win. I did have to contort way over today to get something that fell behind my nightstand and it was almost easy so maybe something is happening.

This week’s New Thing I’m Adding includes intermittent pushups and sit-ups to my daily schedule. I just do standing push-ups against my countertop – whenever I pass by I give it fifteen – and holy shitz are my arms sore and also my boobs, so there. It’s hard being an athlete.

So basically what we’ve learned here is:

2/ If you practice one little thing every day, maybe you’ll get a little bit better at it, but you probably won’t get worse and time is going to pass more quickly than you can even realize anyway

5/ If all else fails, drink wine, because it’s a fruit and fruit is good for you.

You’ll notice that we skip from 2 to 5 in those bullets, and that’s because I had two other points, but they were so far from worth even including I took them out and decided not to renumber. Sometimes you just have to delete and move on. 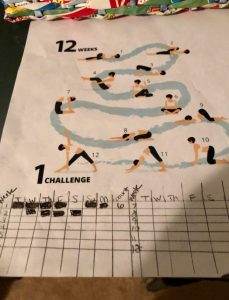 I know I told you this wouldn’t become some high road diet blog, wherein I become An Influencer and talk talk talk-ety talk about my new fantabulous lifestyle, yet here we are.

I’ve been super really almost-can’t-stand-it wanting something sweet in my yaw*.  I’m eating a scrambled egg with fresh mushrooms right now because I sort of skipped dinner, so now this is officially dinner.

*until right now I thought “yaw” was a fun slang word for ‘mouth’ but it doesn’t seem to be, except I think it should be, so I’m committing to it.

I asked Almighty Google what is a more healthful substitute for sugary goodness that is also low carbs because carbs are my sworn enemy right now, and this is what Almighty Google delivered: 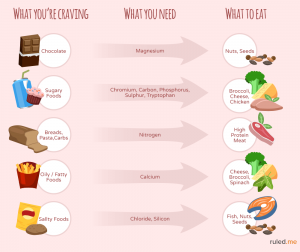 And all I can say is No, Google, I do not think that broccoli is an adequate CAKE substitute. Not if it were deep-fried and covered in chocolate sauce. Vile weed.

In other news of today, I decided that right now was when I was beginning a 12-week yoga challenge, let’s be clear, it is the simplest, most basic stretchy stuff that anyone should be able to do.

I found it quite difficult. 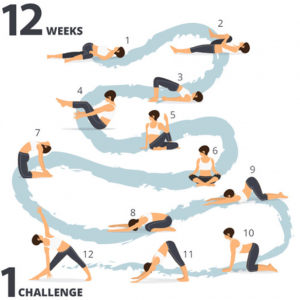 I went through the round of poses, but again, let me be clear: I’m CERTAIN none of my positions looked like these positions. That #7?? Really? I mean. Come on. I had to pull over a chair to balance myself a little and then bend backwards WHILE HOLDING ON THE CHAIR – not my feet behind me.

I made myself a little graph and colored in my day and that is what I shall do every. single. day. for twelve damn weeks, no excuses unless something tragic happens to my body in the meantime, because this little routine can be done anywhere, as long as there’s a chair nearby.

It will be interesting to see if I in fact get more bendy along the way, or if it’s just all too late.

And that’s where we are tonight, Reader. Skeptically optimistic.