I’ve got a big project I’m undertaking this week, Reader.  It’s about time I did a little something on my to-do list. I mean, I have done some really fun things on my unemployed-status to-do list, including the following:

1/ Met my childhood friendie for lunch. We haven’t seen each other in, I’m not exaggerating, a million years. Literally,  a million years, Reader. That’s a long time.  It was fun and a lot of words came out of mouths and I hope to do it again sooner rather than later.
2/ My auntie bought a new house and I was able to be there on a Friday morning for the key-getting ceremony. Well, I wasn’t there right on the dot, but soon enough that I had time to chat with my aunty & two cousins, and ooooh and ahhhhh over the new digs. It’s an exciting time for her.
3/ Met another prior (see how I avoided the use of the word “older” here, Reader? take note) work friend, also whom I haven’t seen in a lot of years, for a Mexican lunch and a good chat about life. She also recently resigned from her job, so we have another thing in common. We’ve led sort of parallel lives, while being very different at the same time.
4/ Had impromptu dinner at my house without being a stressed out nut job.
5/ Some other stuff happened, I can’t remember, because one Saturday bleeds into the next Saturday.
So while I’ve been great at the lunching and friending parts of my list, the cleaning and tidying parts have taken a backseat.  I’m going to change that this week, despite what my practical debbie-downer friend has whispered into my ear, which is, “Don’t spend money buying paint, you’re unemployed and virtually unemployable at this stage of your life.” Thanks for that.
Instead of just killing off my old, virtually unemployable self, I’m buying paint. Because since we’ve moved into Chez Bang Bang, the office has been the official junk room, with door closed at all times because that’s where the Shame lives.
It needs paint. It’s the last major room in the house, other than the laundry room, that hasn’t been painted. And I’m not painting it just because I don’t like the color. I’m painting it because it’s never been painted since the house was built  16 years ago, and the walls are scuffed and marred up and have plenty of holes from prior hangings. Of pictures, I hope.
If I’m going to get any creativity accomplished, the room needs to not only be cleaned and put away, but painted a joyous and inspiring color.
To which, I’ve been inspired by this blogger Christy, who’s house I love! I could never carry off these colors in my house, it’s just not who I am (I’m drab/bland), but I’m going to stray from the neutrals for the office and add Visual Happy to my space.
Here are the before pics, also known as “Oh My Fuck, I’ve got a lot of work to do this week.” 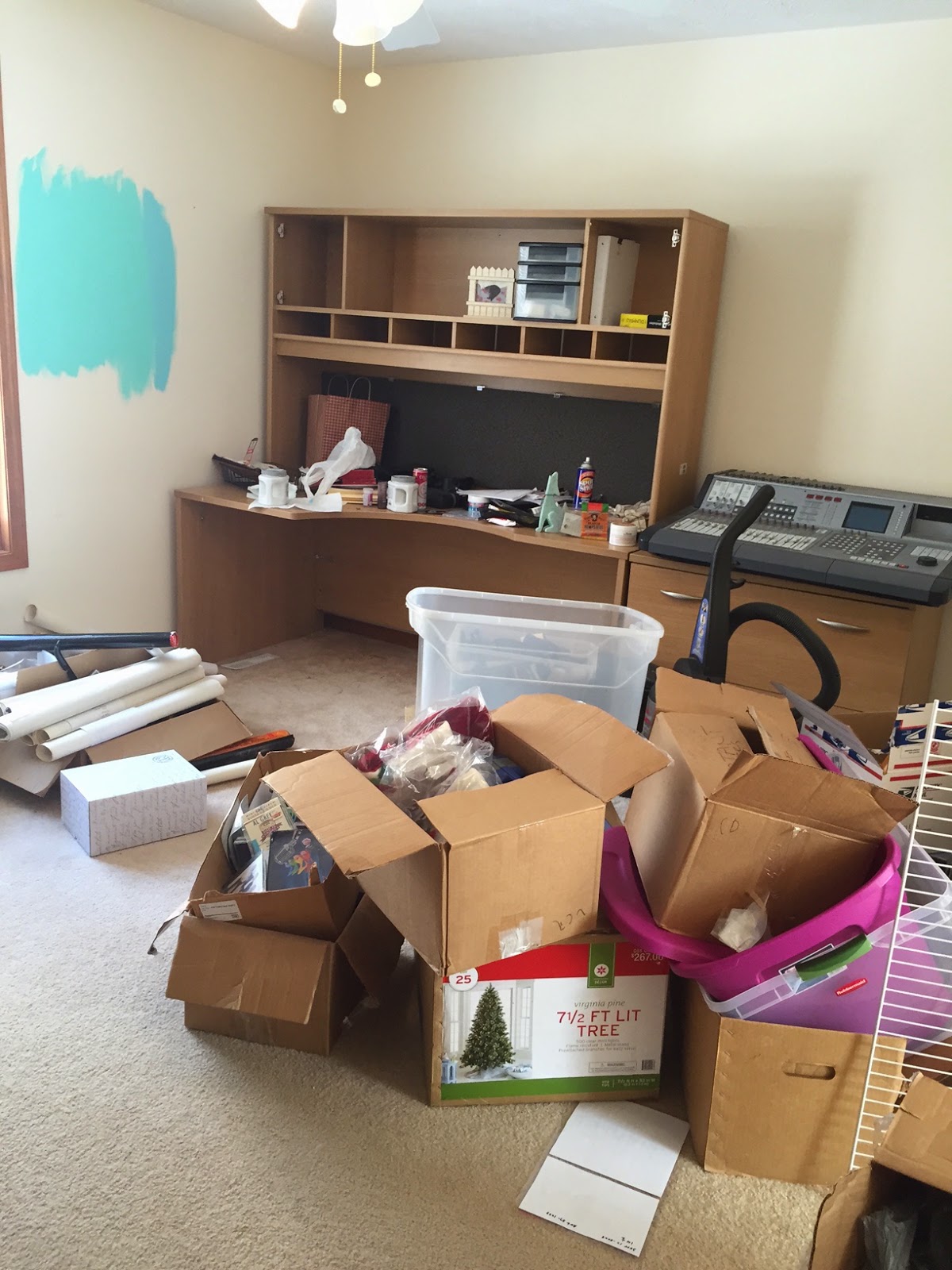 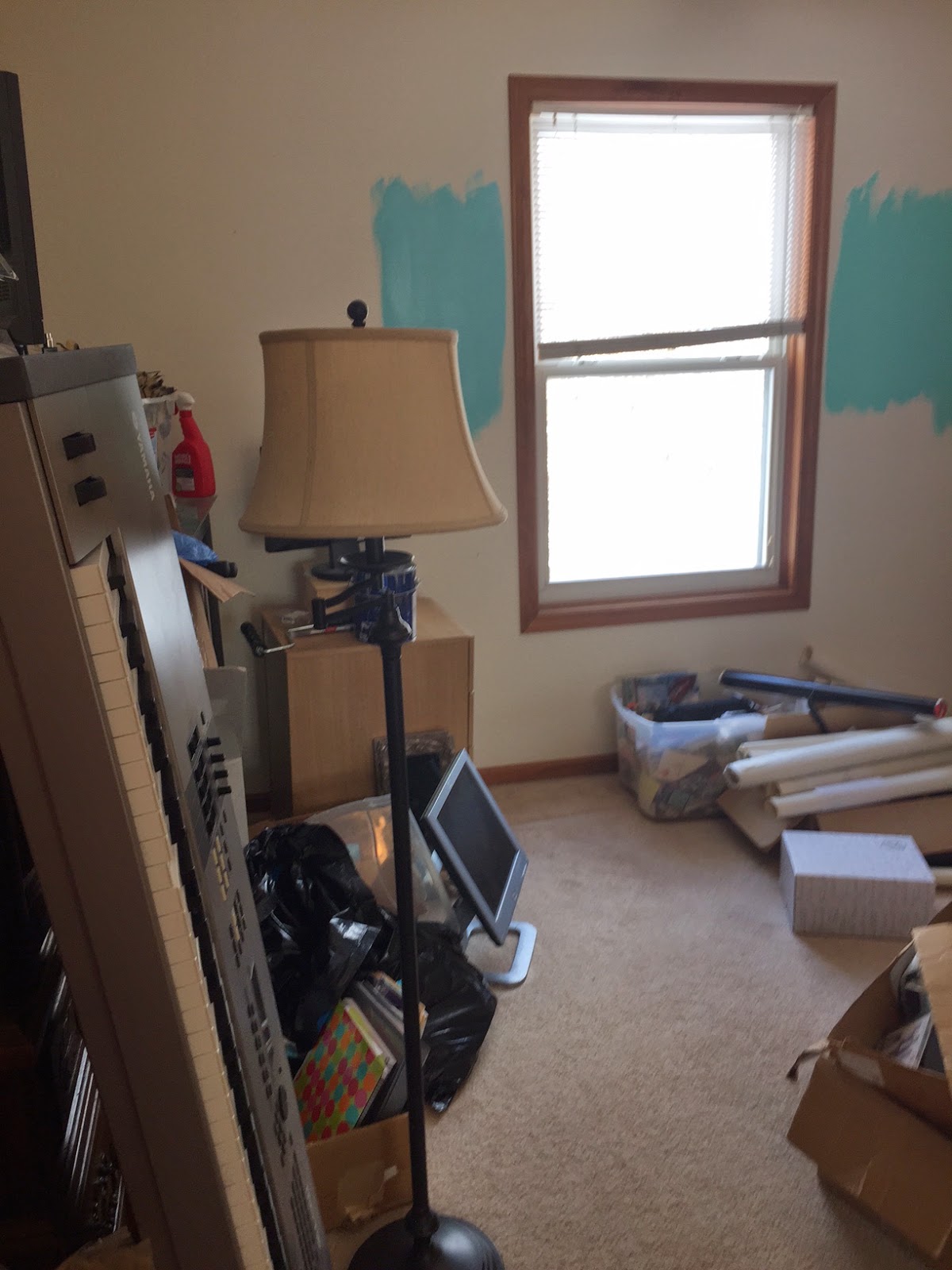 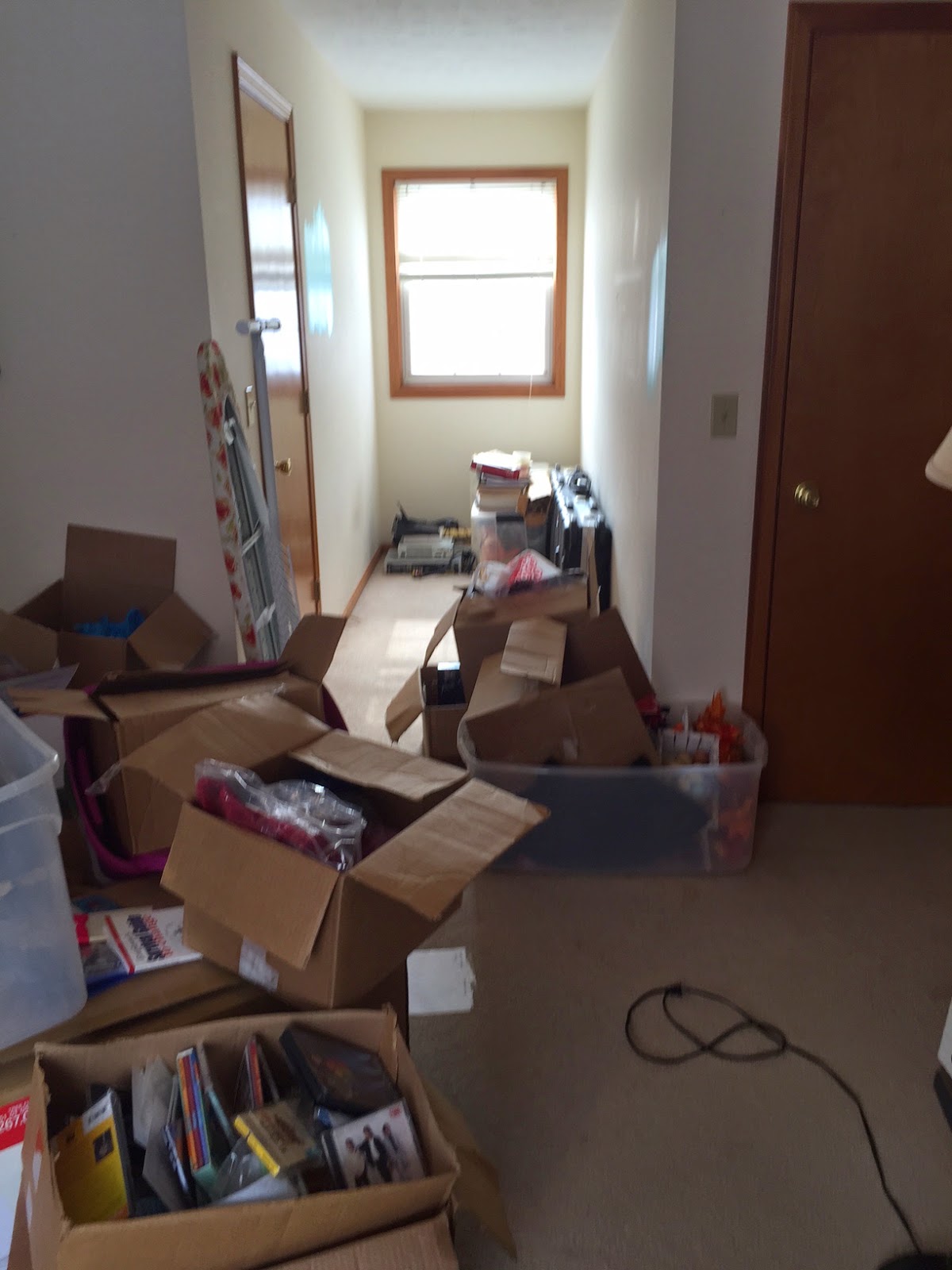 I’m choosing Sherwin Williams Tantalizing Teal for the space. It was between that, or Belize, but I liked the more greeny-blue color vs. the bluey-blue color.  I will use the bluey-blue color for the laundry room, so it doesn’t go to waste.
It’s an absolute shame to not be using this space as not only my creativity sparker, but to get my shit organized, because I can’t find fuck around here when I need it. Well, I mean, papers. I can find fuck whenever I need it, and even when I don’t. Especially when I don’t.
Here is the view from this room: 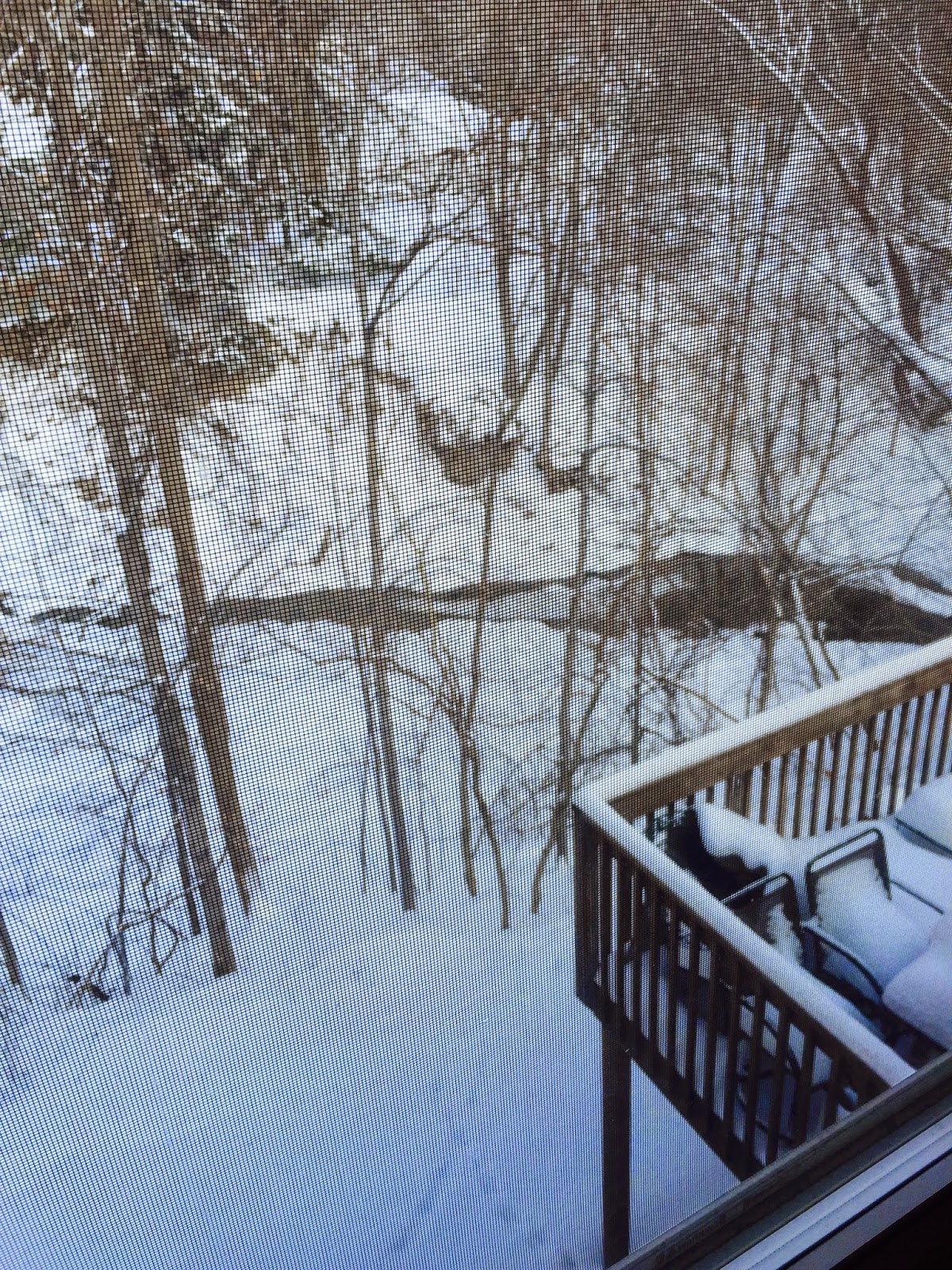 See? Pretty.  Despite the #$%^& snow, that I am totally over by now.  March, we are ready for the lambing, please.
Stay tuned for the makeover reveal later this week. Or I’ll herniate my discs. Something will happen by Friday.