Time flies when you’re having fun, which is why ten days of vacation flew by in a blink. Here I sit, back at the kitchen table at Chez Bang Bang, unpacked, laundered, cats smooched and petted, house re-dirtied. When we got home the house was quite clean as my brother cat-sat and kept the place tidy. Well, he may have lived quite slovenly while we were gone until the very last day for all I know, but it was neat as a pin and smelled good when we got in. Today, the normal dishevel exists in some spots. I don’t know how, because in my mind I keep things nice. Reality seems to be different.

It confirms what I’ve long known, in that I need a wife. Because my brother? Also made a crockpot of some sort of chicken and pineapple dish for dinner for tonight, before he left for work. Which I’m eating now, and my mouth is happy about it.  I need a wife to make this a daily event for me.

Anyway, that leads us right into where we can go next, which is a What I’ve Put In My Mouth Lately recap.

First of all, I’ve found the key to my diet success. It’s going to involve my moving to one of the A-B-C Islands, which is where I just came from.  Aruba, Curacao, Bonaire. Any of these will do. For my health, Reader, so really, this move should be covered by my insurance. Maybe if I had ObamaCare it would be, as one of my ex-friends** seems to think all good things go to Welfare recipients on ObamaCare, at her personal expense.

The menu on these Dutch islands has a lot of interesting food choices, which we had to try as we always like to try the local flavors on vacation.

On our first stop in Bonaire we had lunch. The choice was between bitterballen or frikandellen, although I was curious what a “Spice secret receipt cheesecake” was all about. 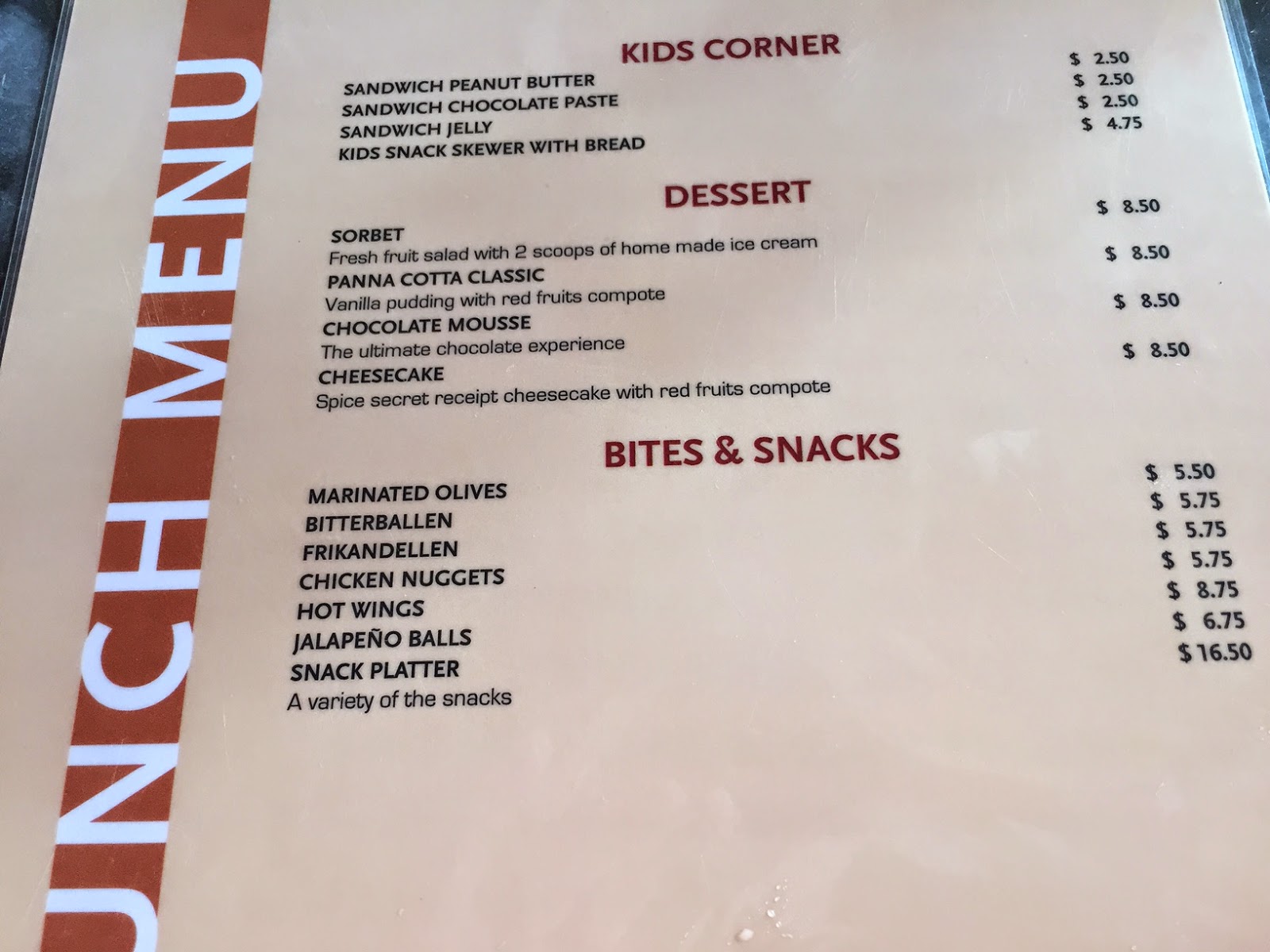 We chose the bitterballen, because the name was fun. 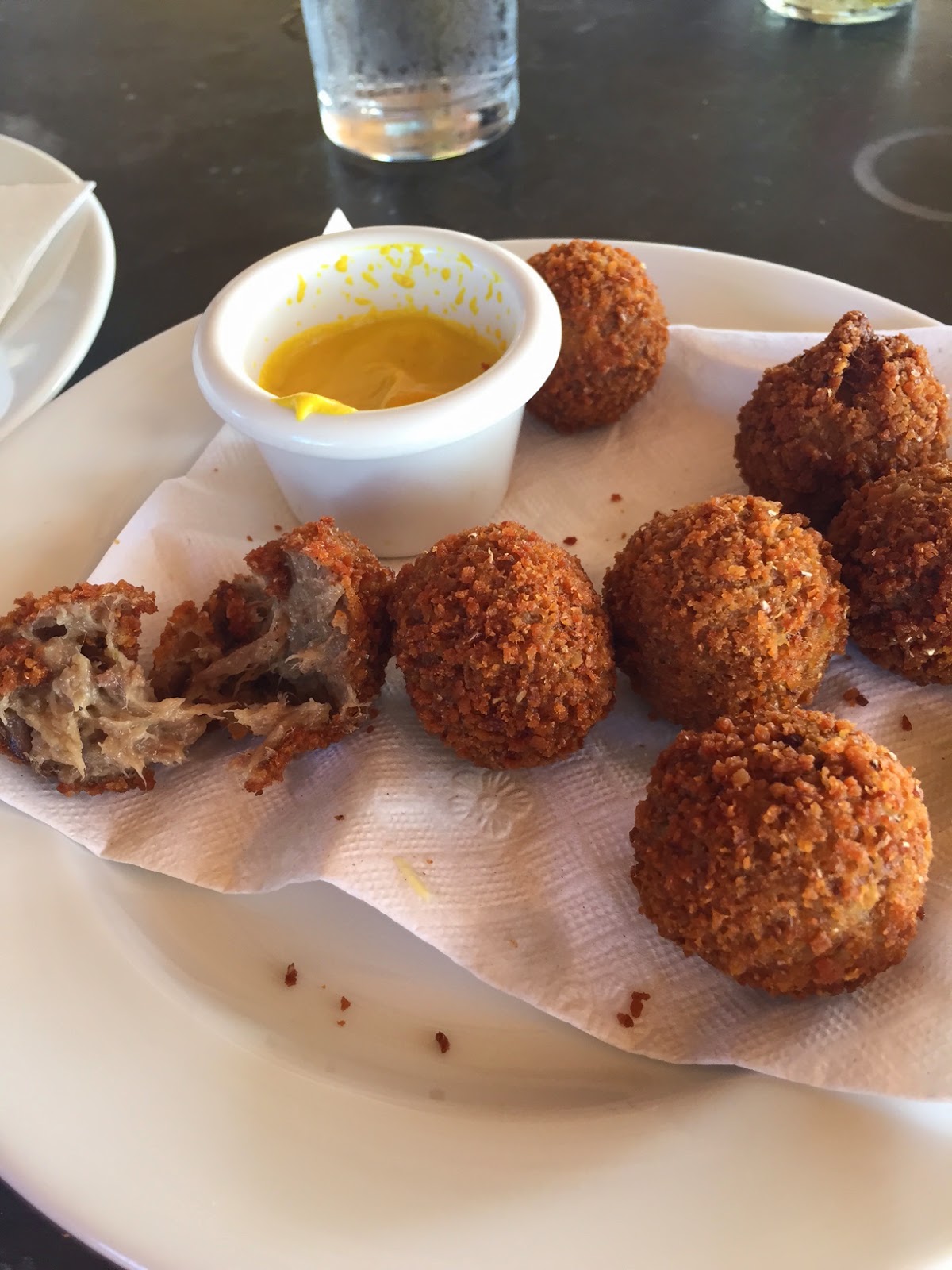 Reader. It had a soft meaty interior that was a little on the too-moist side for me.  One bite and I didn’t need to have another. Lucky for me I was with the Garbage Can, a.k.a My Mister, who will eat anything put in front of him.

He deemed them quite tasty, and even was willing to order them again at our next beach break in Curacao.

For me, the best part of the meal was the view: 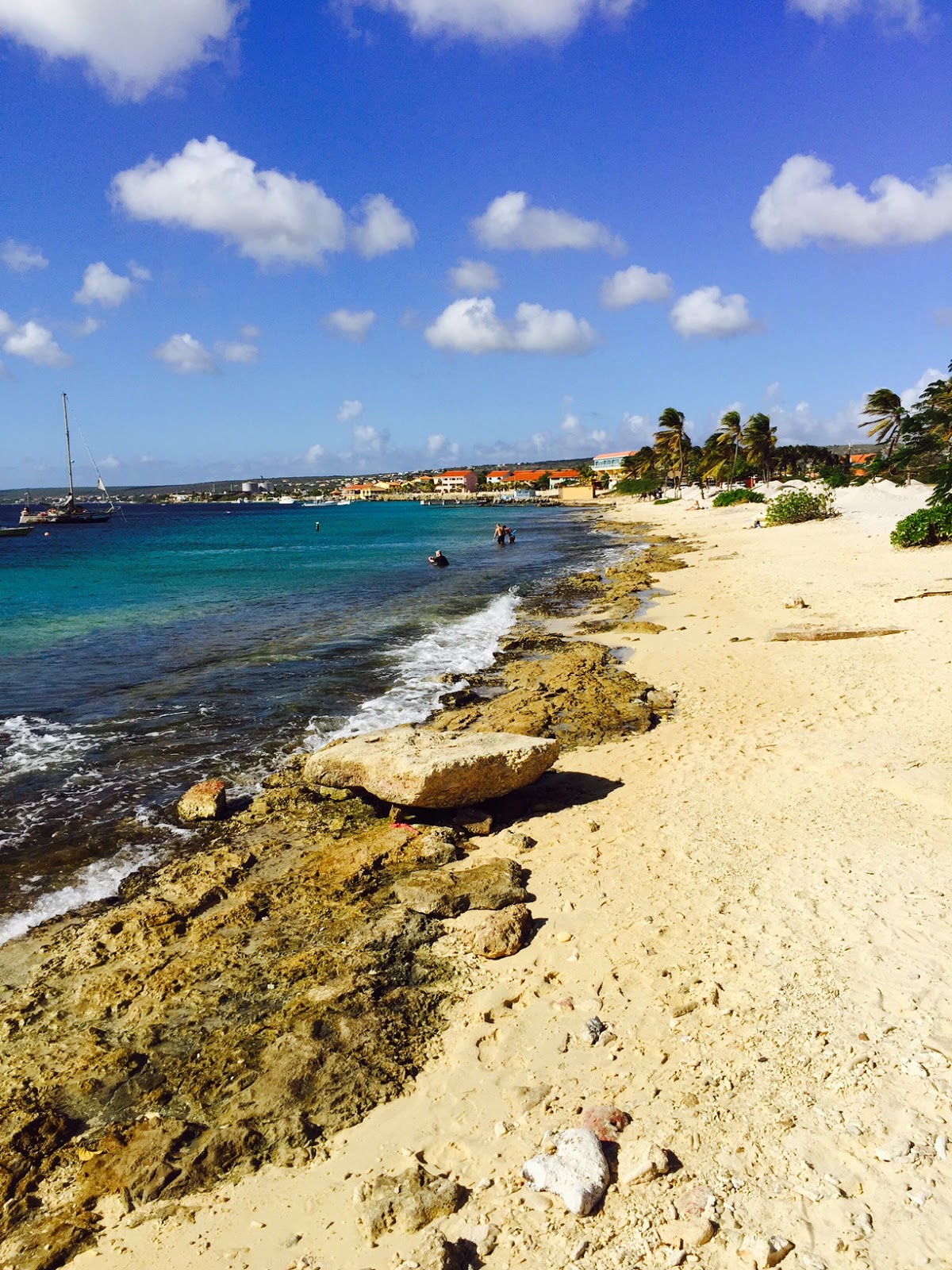 And the beer, Amstel Bright, which is way better than that stink oil Corona. 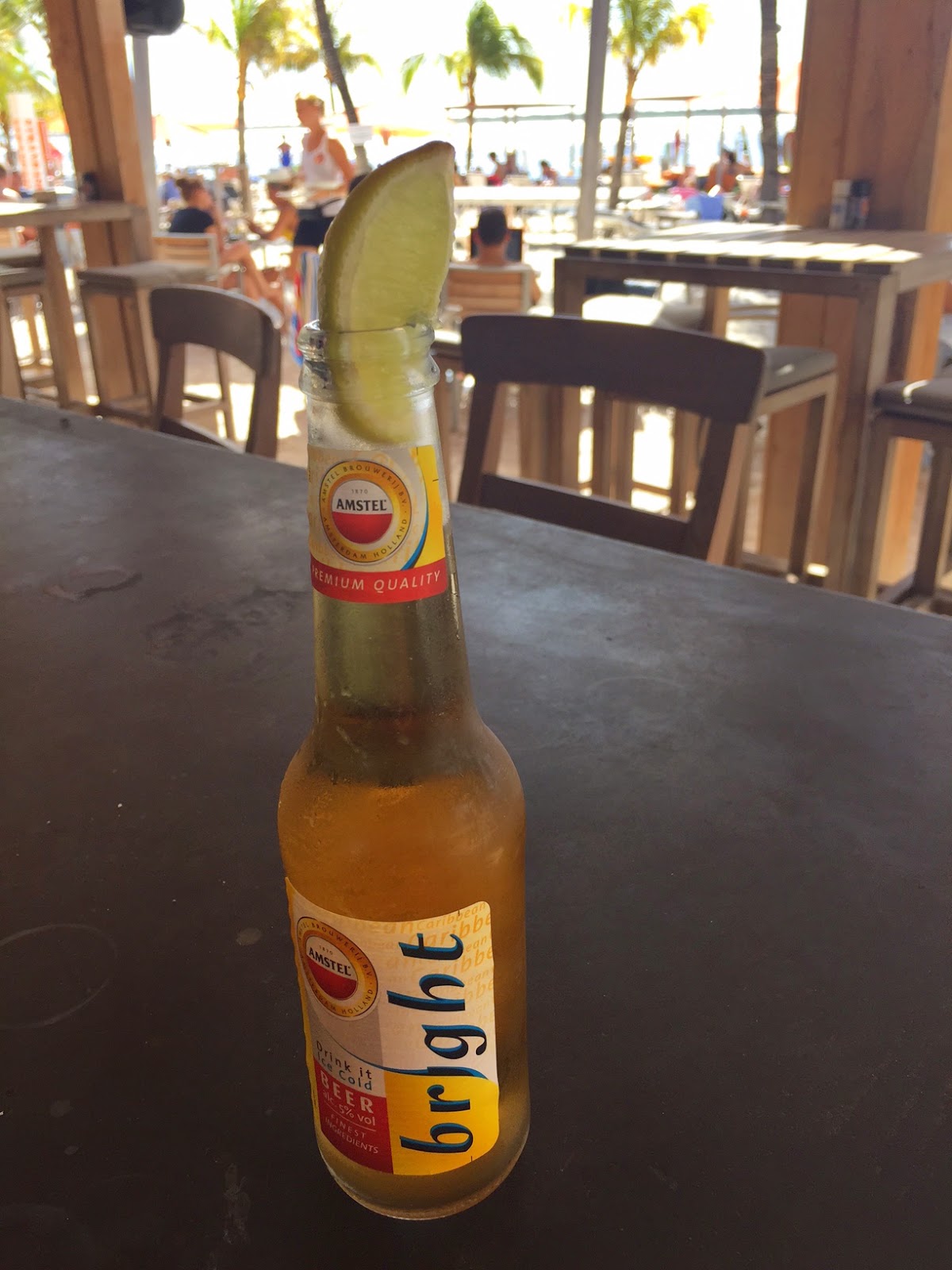 Lunch on Curacao had a lot of choices with fun names, such a Broodje, Kaassoufle, Kroket and more Frikandels. 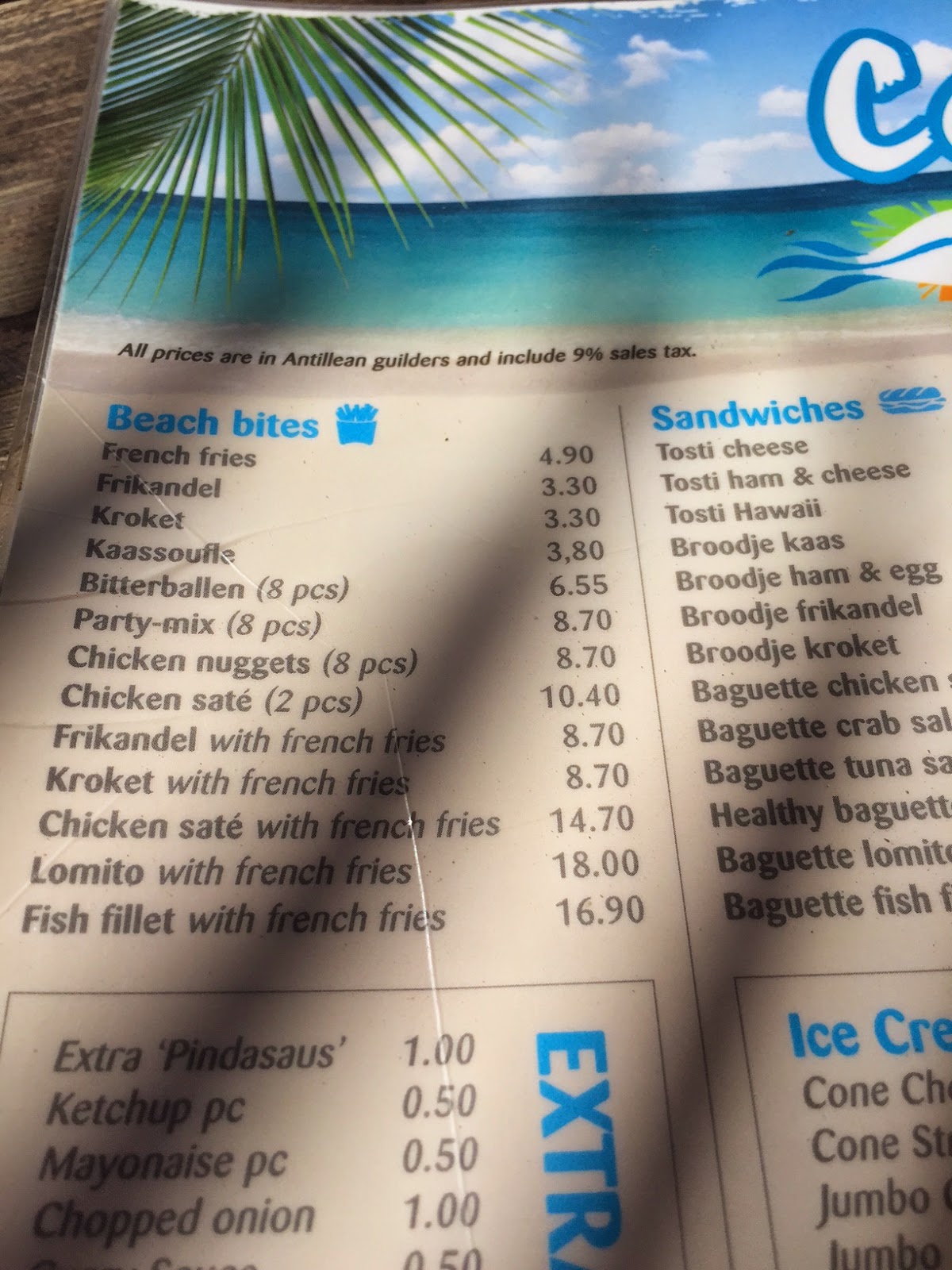 I bypassed all of these choices and chose the catch of the day, which was really fishy and sort of made me queasy for the rest of the day, while My Mister had the chicken sate. I know this will surprise you, but he really liked his selection and deemed it delicious.

The best part of what I put in my mouth in Curacao was the Pepsi, made with Real Sugar, because it does taste better. 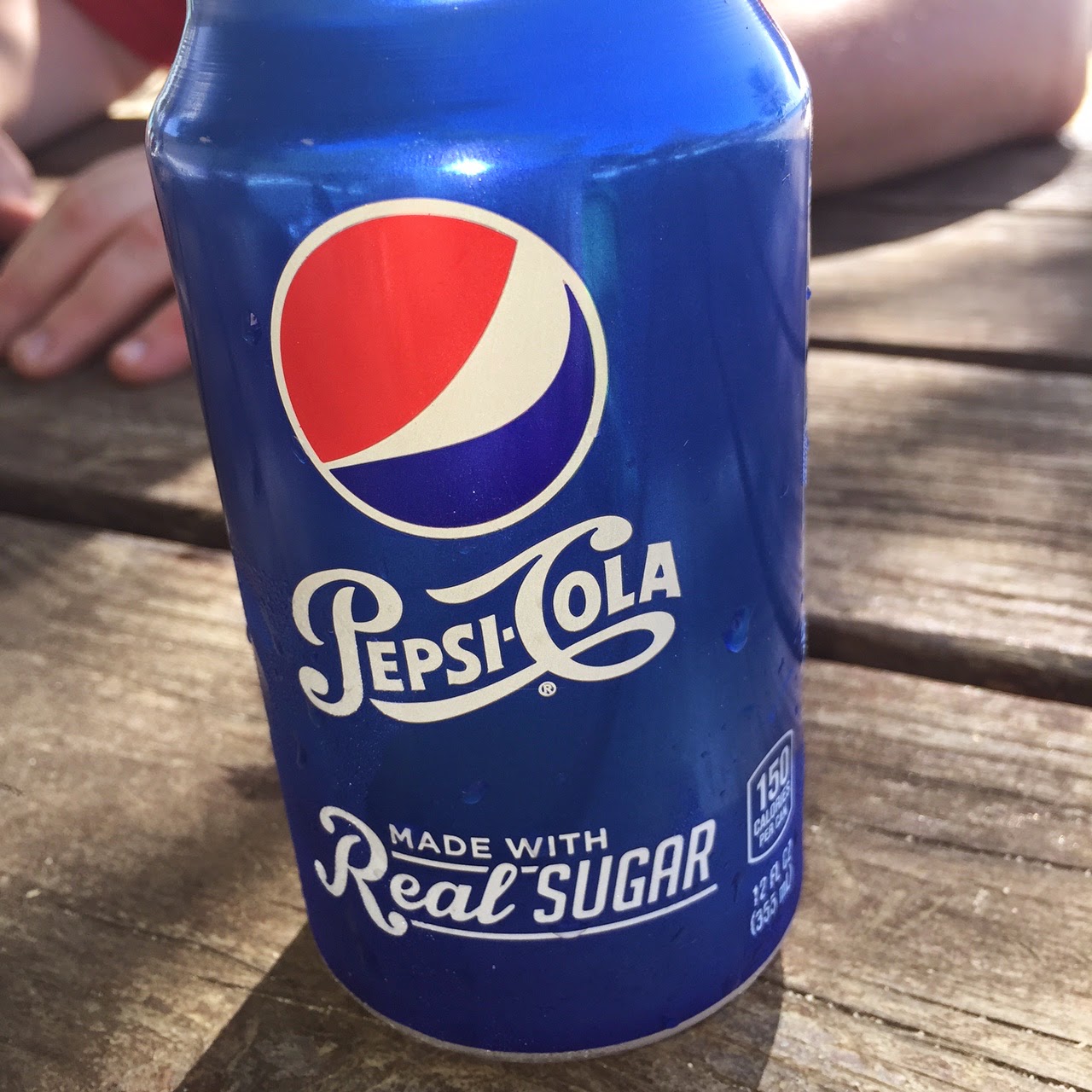 Despite my fishy fish, the view was as beautiful in Curacao as it was the day before in Bonaire: 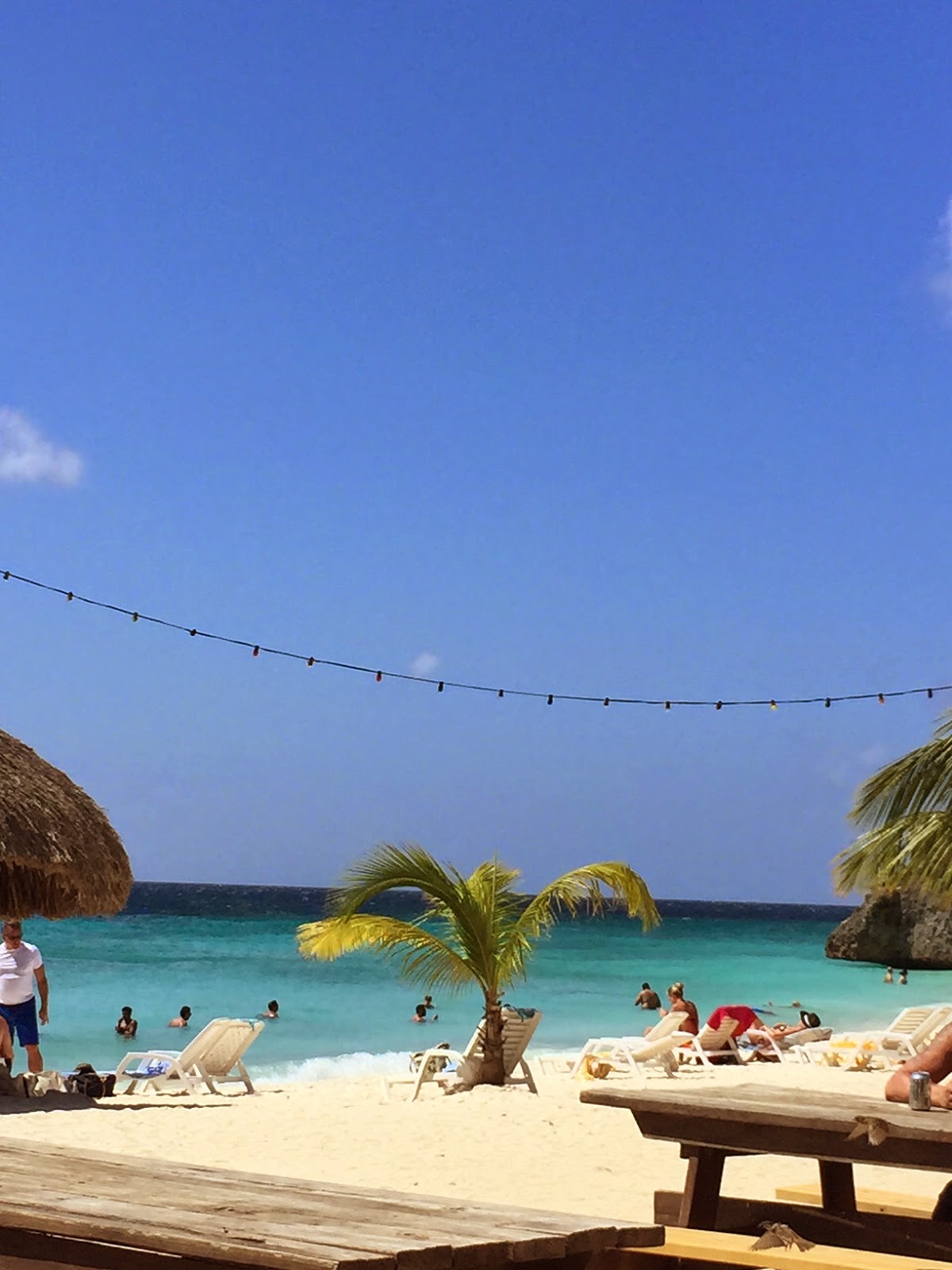 So you can see why these islands would be the perfect diet plan for me, Reader.  I’ve finally found entire islands with food I don’t like, but with views and beverages I love, so it seems like a perfect health care plan.  Plus, I’d have plenty of Vitamin D, which is a bonus.

I believe this is what the corporate jargon calls a win-win.  I’ve been gone from the corporate world for so long I’ve sort of forgotten, but it will come crashing back harshly in about 12 hours. Insert sad face and anxiety here.

On a P.S note, we did find a really mangy-looking cat on Bonaire when we stopped to taste some cactus liquor.   My Mister declared that just because you can marinate cactus and call it a liquor doesn’t mean you should. So there, Reader, we’ve found something he doesn’t like.

But back to the mangy cat. I spied her and started to reach down to give her a scratch, but I swear to God the thought flashed through my mind that I might have to declare it when I came home through Customs. There’s that section where you have to check yes or no if you’ve been on a farm and touched stuff. While we weren’t on a farm, she was so patchy looking she looked like something I would have to declare. 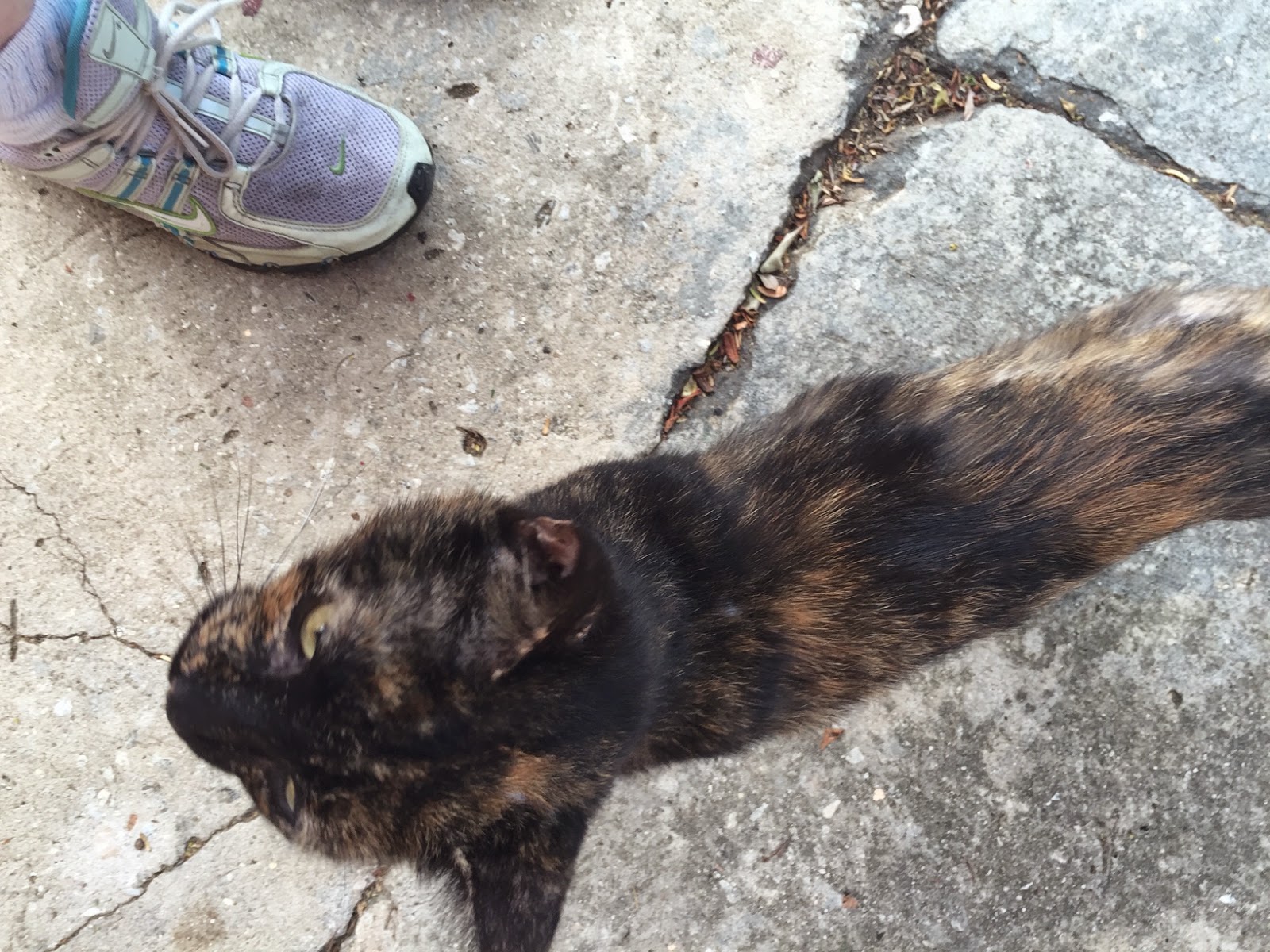 I gave her a tentative scratch, but Kenny wasn’t at all going to let a case of the mange stop him from a full-onslaught cuddle. 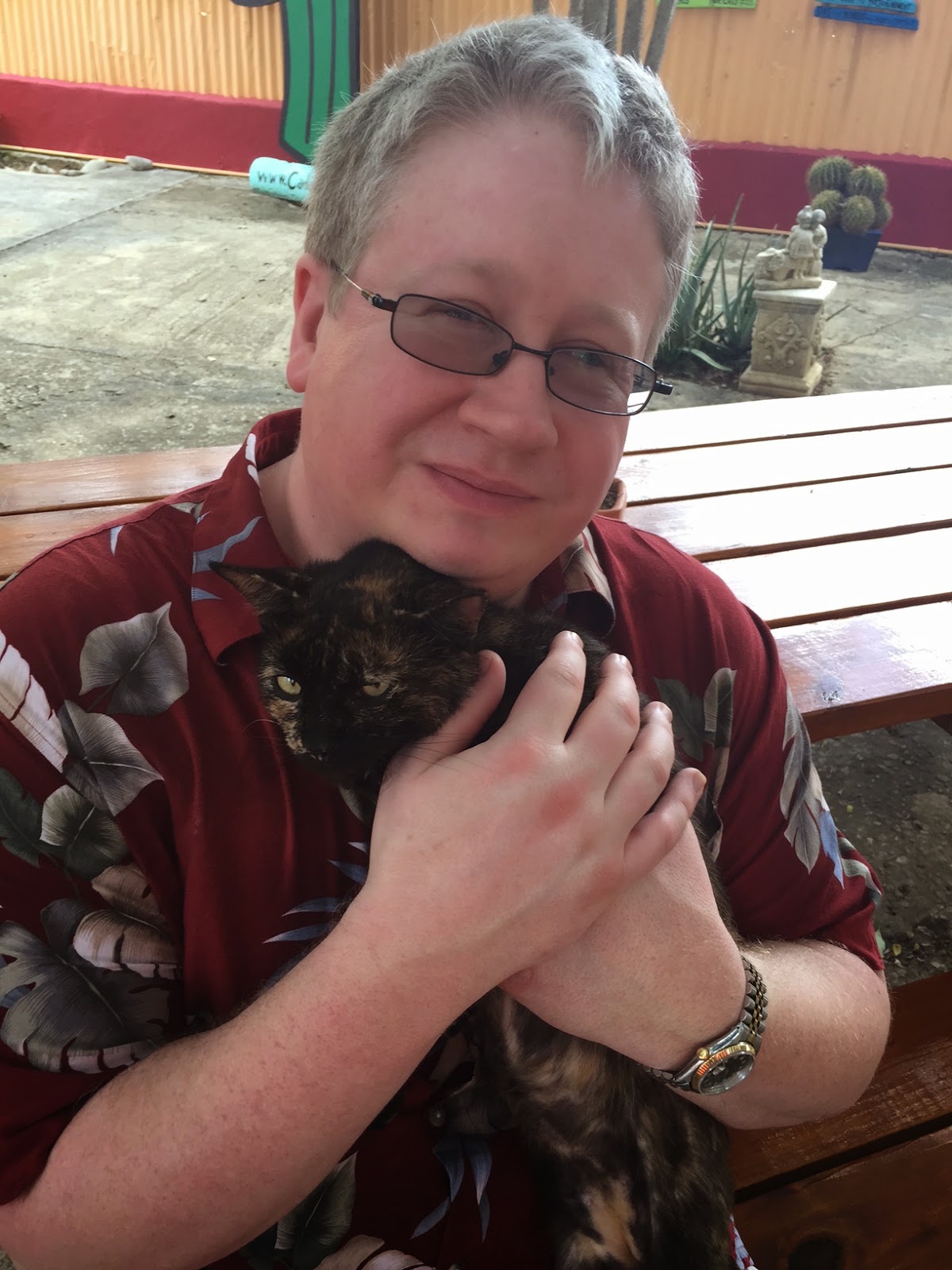 That kitty was named Jo-Jo and the people at the cactus liquor stand said she’s splotchy looking and skinny because she’s allergic to almost all cat foods. But then again, they could have just been drunk-talking from all that horrible cactus liquor.

So there you have it. A lot of bad things in my mouth, a possible case of international mange, and back to work tomorrow.  Happy Week to you, Reader.


**as an aside to this post, I’ve had my first friendship dumping over politics, Reader! I never really saw that as a possibility, because I tend to keep my political opinions off of social media, my blog, etc., and therefore avoid senseless debates that sway no one ever. But not everyone is similarly minded, and when I finally had the audacity to say, “I don’t agree with that, you believe X, I believe Y,” well, the next thing I knew my weekend company was packing their bags at midnight and left my house and I was not only un-friended on Facebook, but blocked as well, so take that, Me. What did we ever do before we could block someone on Facebook, Reader?? What was the equivalent “take that”?? Anyway, I know I’m blocked by about three people (maybe more!) already so perhaps I am the problem, haha. People hate me hard out there. It’s a good thing I like me just fine.