The Bang Bang Theories
Let's Be Friendies
This past Monday was The Day, Reader. The Day I decided enough was enough, and I was taking charge of my health.  I started over the weekend with some simple sciatic-nerve stretches, because my leg has been a-killin’ me since I went on vacation in April/May.  I have to do something, or my friendie is going to trade me in on a younger model who gets around better than me for her next vacation. I snap, crackle and pop when I stand up, and then I have to stand there and think about the physical act of putting steps in front of each other.
Things are really going downhill fast around here.  I used to be more nimble. I mean, nimble for me. Let’s face it, I’m never going to be Rubber Girl (get your mind out of the gutter, Reader). Maybe I should have said Bendy Girl.  I’m not very bendy, is what I’m saying, and I’m never going to be super-duper bendy, but I would be happy with someplace in between where I’m at and that.
So I started doing some sciatic nerve stretches that I found from a Youtube video, because they are the leaders in physical therapy rehabilitation.  I unfurled my *dusty* yoga mat and assumed some positions that included crossing and bending and stretching of legs.  The pain in my knee has been so bad lately, I was willing to try just about anything, including heroin, but that’s hard to come by when you’re a white, middle-class, middle-aged woman who collects cats and lives in the suburbs. I don’t happen to have a Kingpin hookup.
Anyway, long story longer, I found some sort of almost instant relief from those crazy little exercises, and kept up the routine throughout the weekend. I was finally starting to feel what it’s like to be a normal person, and not someone riddled with arthritic pain with every step. I mean, I was able to sleep without the constant throb-throb-throb of my hip/leg/knee. My Mister and I even took a weekend romp in the sack, and let me tell you, even he reaped the benefits of some of that increased agility and was quite pleased with the results.
Monday morning rolls around and I figure, hell yeah, let’s do this! Let’s stretch and walk and get in shape, and eat healthy and give up sugar and all sorts of commitments like that.
The week went really great. I increased my steps on my fitbit from my normal 1,200 steps (stop judging me, Reader! That’s impolite. I have a desk job. And a bum knee / body) to just over 4000 steps per day, as I’ve been sprinkling in some small walks around Tiny Town’s parking lot throughout the work day. Which, by the way, as I’m doing it I have a flash that this is what it must be like to be a prisoner, walking around the yard for my 20 minute outdoor break.  Then I go back to my cell.
Anyway. Decisions were made. Agendas were being adhered to. Sweet and snacks were being refused. Life was feeling good.
Then we took a trip to the grocery store for cat food and salad and a few other household items.
My fast-clipped walk came to a screeching halt right at the front door. America’s Most Animal Friendly Cookie Maker is up to their old tricks.
And it was the cruelest of them all.
Two great tastes.
That taste great together. 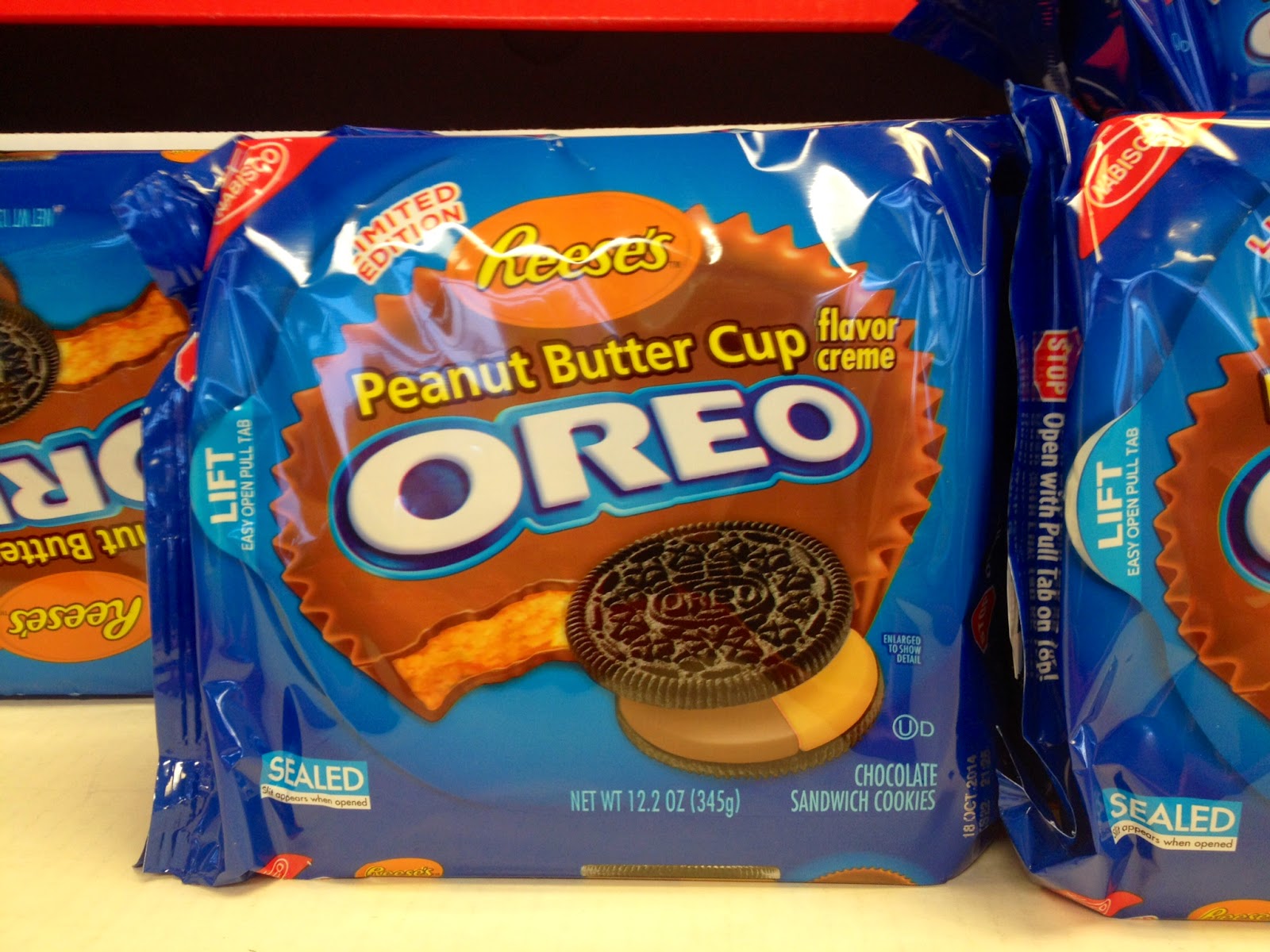 I would like to end this story by stating how I used a kung-fu move to kick the display over with my newly agile legs, stomped on the packages and continued to the lettuce aisle.
I would like to. But I can’t, because that would be a lie.
My Beloved Mister questioned why there were two bags of these in the cart.  Uh, duh. Because it’s two for six bucks, that’s why. And oh, by the way, did you see the Limited Edition tag in the corner?? It would be foolish to NOT buy two bags, and I am nobody’s fool (shut it, Reader).
I did not try them out when we got home. I have actually been under the weather with a stupid summer cough/cold, which has me feeling like crap-o, and I wanted to put these in my mouth only once I was at the top of my game, so I could give them a fair review.
Today I was still sick, even sicker, as a matter of fact, and stayed home from Tiny Town, which is a testament to how poorly I felt, because ya gotta be s-i-c-k to take a day off from there.
All day I resisted the lure of the siren’s call of the Reese’s Peanut Butter Cup Oreos.  Then this evening when I finally started to move around a bit, I decided this and a cuppa milk would be dinner.
Because feed a cold, starve a fever or something like that.
They were one of the best tasting Oreo’s I’ve had in my mouth lately. If you’re a fan of the Reese’s cups and the Oreo’s, get yourself a bag. Your mouth will thank you. Your ass might not, but we can’t make every body part happy, now can we.
Nabisco: you’re welcome. Even though we’re not in an advertising relationship yet, we should be because, come on. Don’t make me hobble you and tie you to my bed. hashtag#1Fan.