Last night I heard a really really loud crash after midnight, coming from somewhere on the other end of the house and I got scared. I was home alone. Figured February was trying to deliver me up a little bit of Rape & Murder in my own home.

The cats & I were all on high alert. I went and looked around the first floor, didn’t see anything amiss, but was too frightened to wander into the basement by myself. So I did what any hyper-security team would advise: I put all the cat dishes at the top of the steps, thinking if there were actually an intruder down there, they’d fall over the dishes and I’d hear them clanking around, giving me just enough time to lock myself in my bedroom and escape out of a window.

All those years married to a policeman, I’ve got it all figured out: The ol’ cat-dish security system.  When I lived in Cleveland, before we had a security system, I used to stack soda cans at the doorways at night when I was scared. I basically just want a little notice if I’m going to be bludgeoned to death.

I debated calling the police, because really, isn’t that just a tidbit over-reacty, hearing a loud clatter? But then I thought, “Hmmm, what if the kind folks who busted out my car window and stole my stuff found my home address on something and are coming back for some more of my stuff, and/or my vagina parts?”

So I called the police. I did it for you, Reader, because there’s still nonsense that needs written and I’m not quite ready to be murdered. There’s still cats to kiss and cupcakes that need eaten.

The dispatcher kept me on the phone until they arrived, and I shared my philosophy that I might be acting a bit over-reacty but with the recent theft of my stuff, better to be safe than raped & murdered and she really laughed at that. She said, “Yep, that’s our motto, actually.” That would be some good 911 call to be played over the telly if something had actually happened to me. Ironic, in fact.

Now, here, Reader, is the difference between my current suburb and when I lived in Cleveland, City Proper:  Cleveland didn’t come for shit like this. At least not promptly. Here? I had three suburb cops outside of my house in no time flat. I barely had time to put on a robe.

They checked the perimeter of the house, didn’t see anything amiss except for the screen door to the downstairs patio was opened. I didn’t know if that was something we had left opened or not. They checked into the ravine and whatnot, did a very thorough job, and then asked me to just check out the rest of the inside of the house since the outside looked secure.

I gave ’em the Gary Coleman, complete with face: 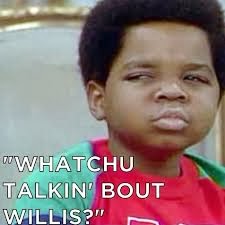 I don’t know why that made me go all Sweet Brown, but it did. 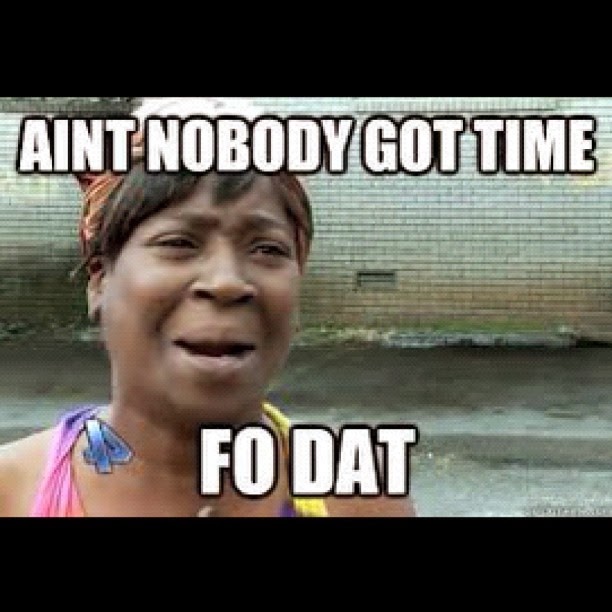 So one of ’em came in and did a quick surveillance on the basement. He shined his flashlight all around and it looked very official. All checked out okay, so still no cause of the clatter.

The cats & I were able to get back with some degree of comfort to the business at hand, which was watching House Hunters and eating waffles, which is just one more glimpse into my exciting Saturday night life here at Chez Bang Bang.

My Mister finally came home around 2 a.m. (he’d been working) and asked if all was okay, because the neighbor called him. I’m telling you one thing, that house across the street does not miss a beat with what is going on over here. They pay attention to it all. The police cars showed up quietly, no sirens blaring or lights flashing. It’s either a good thing or a bad thing, I’m not entirely sure, but I am certainly never here alone.

As we did one last look around the house to figure out what had caused the ruckus, we noticed a blank space on the fireplace mantel. This had somehow crashed to the floor: 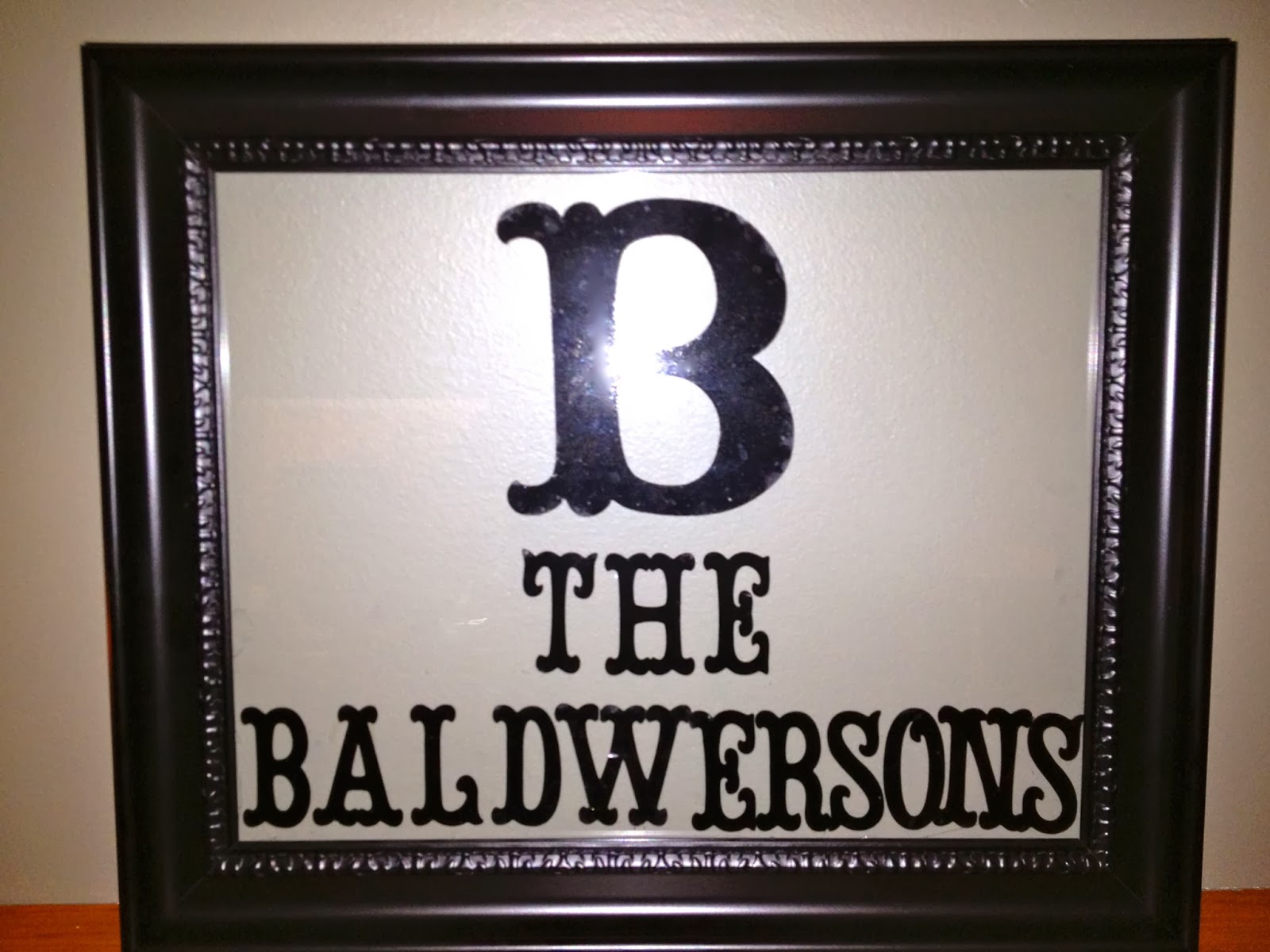 I say “somehow” because the cats were with me at the time of the crash, because I had waffles, which have butter on them, and they were all hoping for a lick. So maybe it was the same ghost who is rudely poking holes in the elbows of my shirts.

Interesting enough, the sign – which is glass – fell onto a slate hearth, and did not break. It just created one hell-ova-noise. Enough to scare me straight – straight into calling the police.

I’d get an alarm system, but I think I already have one in the neighbors across the street. And don’t discount the cat-dish security system. In fact, I should market that.

Oh, I should also mention that since I was eating waffles at the time of the clatter, when I initially went out to investigate, I had my fork poised for fight. I planned to get all stabby with it, if push came to shove.  Don’t mess with a girl with a fork.