Homeownership comes with a lot of responsibility. Responsibility I’m not certain that My Mister and I are equipped to handle.

Today was a beautiful early November day, with the sunlight hitting all the right angles and just lighting up the outdoor show.  Driving down my street, I was treated Fall in all it’s glory, and I was so happy that I get to live here. 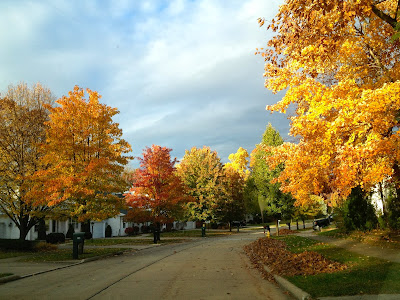 It was so nice out, I enticed My Mister to head down to the Ravine, so we could pretend we had gone to the park, but really we were only in our backyard. Plus, I wanted to get the leaves off the wooden steps so they don’t rot the wood, because while I’m no expert, I think that leaves on wood are a bad thing, unless it’s wood you want to compost. 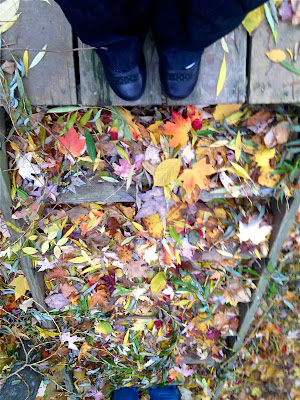 I don’t want to compost my steps. 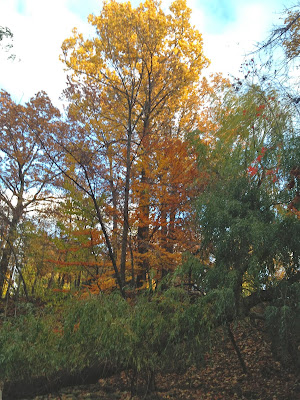 We have a little Homeowner Challenge at the moment. One of the trees in the ravine, which has been uprooted for some time now: 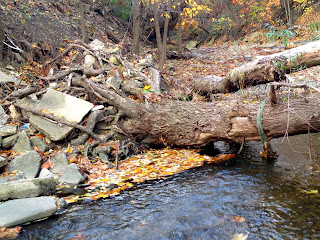 Must have shifted with the high winds we’ve had, and now has really big limbs hanging onto the path of my steps.  And really darn close to my house. 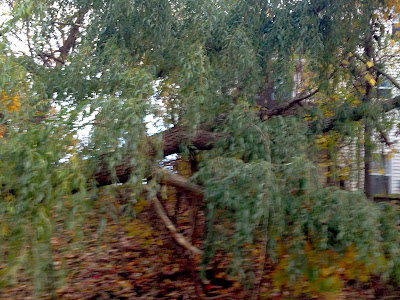 It’s actually not precariously close to the house, as the photo may imply, but it’s close enough that some limbs need to be lumberjacked off.

I’ve called three tree service people. They all promise to get back to me, and then it’s crickets.  Can’t even get an estimate. I mean, I don’t need the whole thing removed. Just the parts that are pokey-out-y over my steps and sort of close to the edge of my lawn. I’d like those ones to be removed.

So I guess we need to get a chainsaw. Or find a friend with a chainsaw.

On an upnote, I went down to the ravine, and only got a little frightened when something moved under the leaves. And then I reminded myself that snakes could very easily be slithering under the leaves and so I poked in front of me with a stick before I walked.  A snake would have still scared the shit out of me, but not as much as stepping right on a snake would scare the shit out of me. 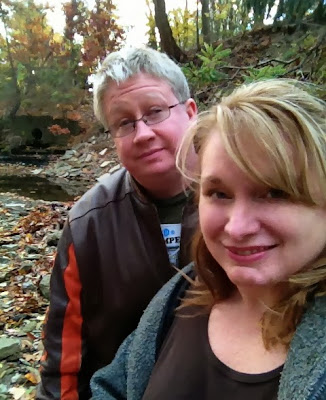 And that concludes my trip to the ravine for 2012.  Until we get a chainsaw.

Remember that time when I posted pictures from all my fabulous vacations? Yeah. That’s all gone now. I traded in beaches for power washers and chainsaws. Doesn’t seem quite right somehow.

p.s. – the Title of the post? Well, when My Mister and I were on one of our cruises we stumbled upon a weird little casino with a slot machine called Chainsaws & Toasters. We didn’t understand the subject matter correlation at the time, but now I sort of get it.