The Bang Bang Theories
Let's Be Friendies
I was here. 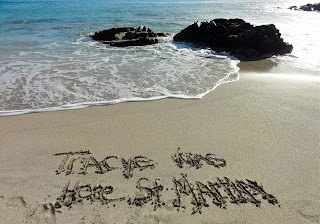 Time flies when you’re having fun. For reals.

It actually felt like we were gone a looooong time, but it only took a few hours back home and opening up my work laptop and doing work, to make it all come crashing back.

It was a very nice & relaxing time. I read two books which gave me restless sleep. Damn you, Gillian Flynn and your fucked up brain transferred to paper.

The cats went haywire while we were gone. The baby beat up everyone while we were gone. But he’s so damn cute! I just don’t really want to raise a bully so we’re going to have to take some sort of spraying him with a squirt bottle action when he goes after the others. As My Mister put it, ‘He pounced them like a lion attacks a gazelle!”  We think he was showboating a bit for us.