We cried and cried and said goodbye to my beloved kitty, Twinkle Toes, on Wednesday, May 2nd 2012.


He was 10 years old.  Not nearly long enough with such a fine little friend.


I found him on a golf course, or I should say he found me. He came wobbling out of a bush, across a June-sun hot asphalt parking lot, mewing and toddering on unsteady little feet. He had been neglected, laden with worms and ear mites and a sinus infection. His eyes were matted shut and he couldn’t see where he was going. But he found me.  And I swooped him up and raced him to a vet, proclaiming as I held him – snotty-nosed, matted-eyes, swollen-bellied – at arm’s length, “I have to save him! I love him already!”


After a day of treatments at the vets, his eyes were unmatted, his mites were being treated, his belly had some food inside and he was conked out on a pillow at my side. 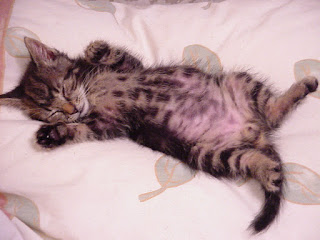 And he was off, on the fast track to becoming The Cutest Cat Ever.


He was busy and playful and brave. Not much daunted him. Not even dogs. Or shoes. He dominated my sneakers and didn’t give up until he’d chewed the laces right up. 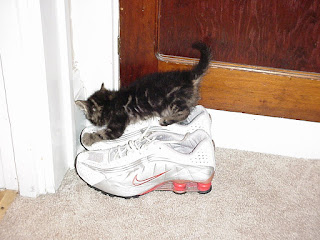 I had often said that if he were a person, he’d be one of those little boys who walks around with a little smudge of dirt on his cheek, and a pocket filled with Boy Things: stones, strings, frogs, etc. All sorts of things that a little boy needs to have fun. Twinkle was that boy, and would often walk through the house carrying his favorite toys in his mouth, he wanted to be prepared  just in case he needed to play.


He never outgrew his love of a string and would walk around with his favorite black nylon string in his mouth,  a deep meow coming from him to get our attention. I always thought something was wrong, because it was a plaintive meow. Always after the lights were out and we were trying to go to sleep.  Kenny would unfailingly roll over, turn on the lamp, grab his string from him and twirl it around a little bit, commenting, “Twink wants to play string game, so I’m playing with him,” when I asked what the heck he was doing. 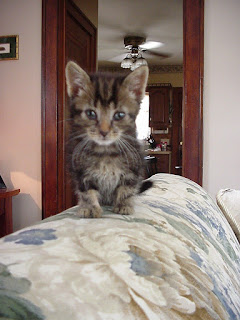 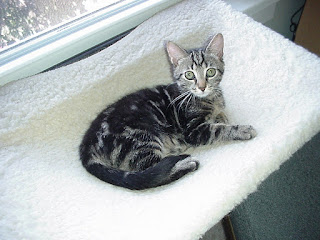 He grew up into a fine little fella. Never causing any problems, getting along with any circumstance that came his way. When we moved in with Kenny and his cats, Twinkle quickly made friends.
There he is, smack-dab in the middle of Stan & Caesar, who I’m sure were waiting for him on the other side. 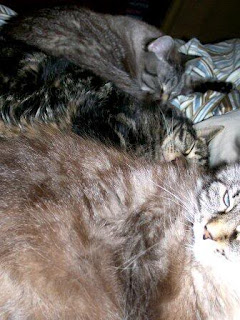 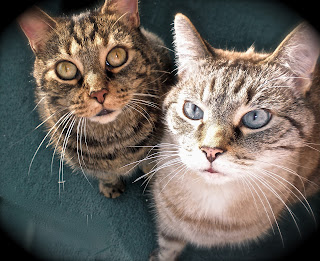 He was the man of the house, in charge when we weren’t home.  Before I left for any trip, I always had a talk with him about his responsibility in taking care of the others. He never let me down. 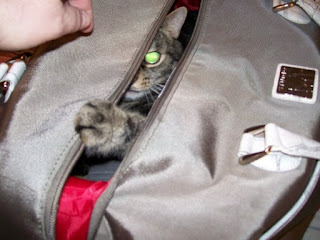 He was sick when I returned from vacation. He was weak with low blood sugar, but that was only a symptom. He had contracted (they believe) hepatitis, at best guess from a combination of his diabetes wrecking havoc on his little internal organs over the course of time. He was jaundiced, which before this I had no idea what jaundice on a cat looked like. Unfortunately, I now know.
They operated on him, to take a look inside. Atrophied internal organs.  But they thought he could be fixed.  What the couldn’t see was that his bladder had just stopped doing it’s job. And without a functioning bladder, there’s just nothing else that can be done. 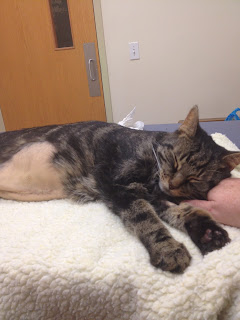 I was able to comfort him into some restful sleep during his duration in the cat hospital, and we had hope when we brought him home that he would get better. We always hoped.

He was a really good cat. He was cute and nice (although he did like to chomp ya right on the nose if you put your face next to his – I got a lot of nose chomps as I moved in for the kisses), and just an overall good guy who made me happy just to watch his cat antics. 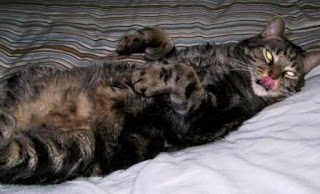 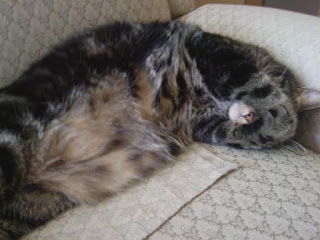 My friend once asked me, “Hey, hows’s that cat that you got from the golf course doing? He sure was lucky you came along that day.” 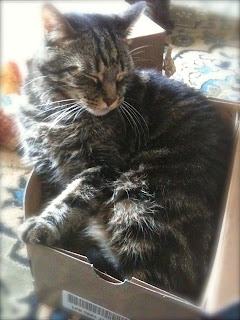 I replied, “He’s doing great, and actually I was the lucky one that day.”


I was the lucky one.