The Bang Bang Theories
Let's Be Friendies
Remember that I told you I had a $185 face applied for my reunion? Well, I’ve been asked to show the results of that, so here we have it: 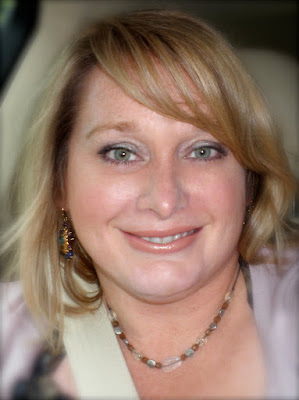 I felt like a tranny version of myself with a three-inch mask applied, but in photos I see that it looks “normal”. I was rocking fake eyelashes and everything – it felt like I had heavy tarantulas glued to my lids, but I can see that it didn’t look awry.
Now, for the rest of the reunion story, what I didn’t go into details about except with a select few. I even went so far as to have Botox and Rejuvederm injected into my head for this event. Hence, the million-dollar price tag for a four-hour event, the likes which were completely overrated in my mind. People showed up to a milestone 25th reunion in denim shorts and tank tops. It was as if they ran their Saturday errands and then, Oh by the way, I guess I’ll pop into my 25th High School Reunion. And there I was, with my Fancy Face. What a poser ~ha-rumpf and tsk in disgust~.
Would I do it again? Well, actually yes. I think I’ve jumped on a train ride that I’m going to find it hard-pressed to get off. I like it. Not the fancy makeup part, but the “inject my face with a bunch of needles filled with shit” part. I do, yes, I do! Vain? Yep. Do I care? Nope. To be fair, I really should post an unmake-uped photo both pre and post injections so we can accurately gauge the results. Blogging with photos has been a bit of a stress since I’m in the process of converting from my PC to the Mac, and holy fuck is it stressful at times, all my photos are THERE and I need ’em HERE and well, nevermind, it’s a lot of story with little payoff. Hopefully I’ll be able to get to that before the results wear off. Anyway. Back to the story.
My favorite part of the entire reunion evening? Outside of winning $210 in the 50/50 raffle? This: 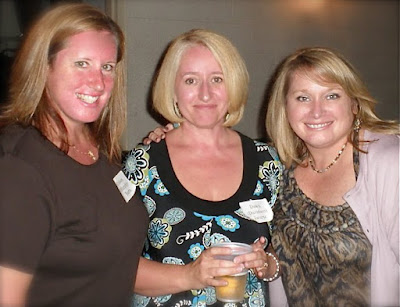 My touchstones*.
*Remember the movie Terms of Endearment, where Debra Winger was dying and her best best friend from childhood, who’d gone off to live a completely different life, came back to help her dying friend and told her, “You’re my touchstone.”? That’s what these girls are to me, only without the drama of dying/illness, thank Garth**. They are my touchstones. They feel like home.
**Remember when I went to St. Louis over the 4th of July? While there, I met the cutest cutest lady who was so cute she would say, “Oh my garsh” instead of taking the Lord’s name in vain, she didn’t want to be offensive. It was there and then I decided I should try and be less offensive, too! but instead of saying garsh I would substitute Garth since I really really really like Garth Brooks, so saying his name a lot would just make me happier. I hope Garth doesn’t mind. Garth bless you. Oh my Garth. See? Nice.