The Bang Bang Theories
Let's Be Friendies
Joanne and I went to the Bahamas and all you get is this crappy blog. 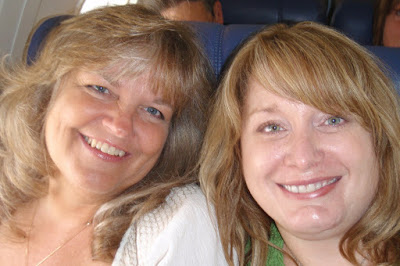 We left on Monday, Memorial Day, flying into Miami bright and early. A little too bright and a little too early for my liking, but hey, it’s vacation so I mustered along. However, my Big Plans of being all packed up in advance did not transpire so true to form, I was up packing Sunday night at 11 p.m. What is wrong with me?? I had two whole days to get it together, and still found myself right there at the 11th hour putting stuff in a suitcase. I did, however, manage to mop the common hallway of the house and sew a pair of pants of Kenny’s Sunday afternoon. Kenny asked me what the fuck I was doing, sewing and mopping when I shoulda been packing, but I guess I’m just a procrastinator right to the core. He then said he’s rather happy to see that I am an erratic vacation-getting-ready-er regardless of who I’m going with and in the future he won’t allow me to blame him for my last-minute shenanigans.

So after all that, and running on little sleep, is it any surprise that I was tired and looking for a nap Monday afternoon? This is the one key area where Joanne and I differ on vacation – she is not a napper by nature. She was tired, too, since she was packing late Sunday night and didn’t get to bed early either, but instead of napping she left me to sprawl around in the room while she roamed around the ship. She was probably wondering who the hell she got involved with for vacation at this point, but it wasn’t a total loss on Day 1. After my short nap I was ready to rock and roll. Or at least walk and sit.

Once I awoke and Joanne came back to the room, I heard the strangest words I’ve ever heard uttered on vacation come outta Joanne’s mouth: “I guess we should unpack.” “Unpack??!!!??” I reiterated, in shocked confusion as to what she meant by that. Yep, she really meant to unpack her suitcase, utilizing the drawers and the hangers – all of it. She told me she’d save the left side of the dresser for my things. In all my years of travels, I have never – not once – unpacked my things and put them in hotel/ship/whathaveyou dresser drawers. I will hang a few things, things I don’t want to wrinkle up too badly, but certainly not every little scrap of fabric I’ve brought with me. Joanne cleans out her suitcase, and after a little effort all her items were tidily tucked away or hung in the closet, with her suitcase looking like this: 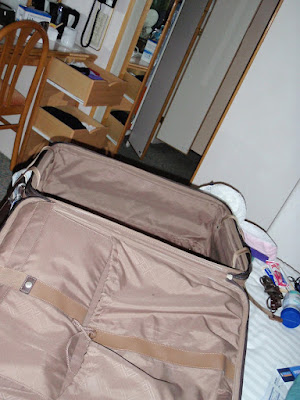 You can even see the dresser drawers still open where she’d been storing her things.

To me, this is crazy talk – I don’t like to pack as it is, much less do it just to undo it the next day – and then have to do it again in 4 days! But I succumbed to the guilt she bestowed on me and actually hung my nice dress pants and put my swimsuits in a drawer and my pajamas in another drawer. The rest of my items I unpacked like this for the duration of the trip: 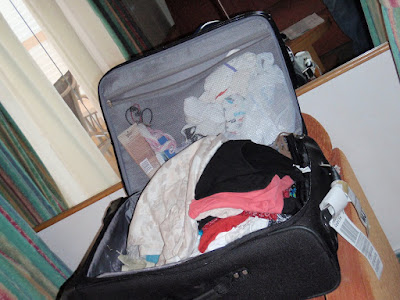 There you have our biggest travel differences: Nap vs. No Nap, Unpack vs. No Unpack. Oh, one more, too, but we can’t go into that here. Some things that happen – or don’t happen – on vacation stay on vacation.

So Day 1 was pretty much getting settled in, checking out the casino games, heading down to meet our dining companions. Before dinner we decided to try our luck in the casino, and sat down at these Powerball games and I promptly won this with my first $20: 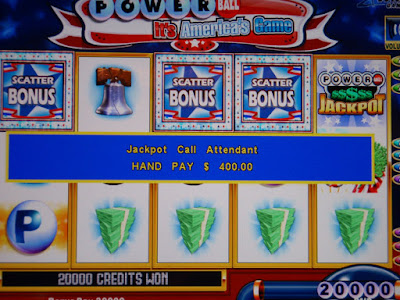 Very lucky right off the bat! Then we moved to 3-card poker to try our luck there, and I ended up winning over $300 with three-of-a-kind. I’m happy to say I brought $700 home with me on this trip – I didn’t give it all back to the Casino at all!

Joanne had some casino luck as well, we played in a slot tournament towards the end of the week and she came in 1st Place for a win of $150! Not bad, was supposed to be a free cruise 1st prize, but they didn’t have enough players. It’s still fun to come in first!

Here are some other things we did during the week: 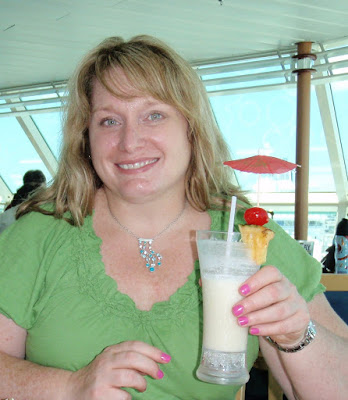 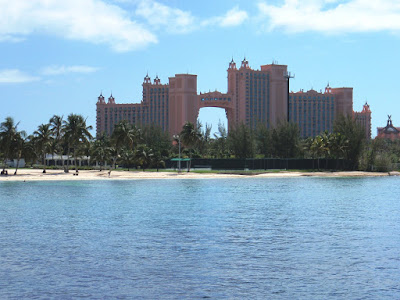 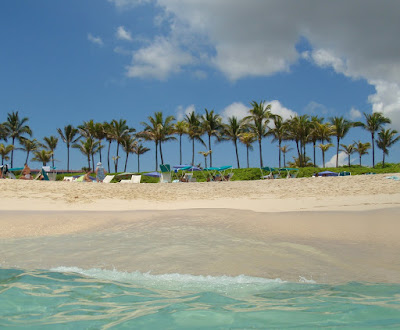 While there, we had toes in sand, coconut drinks in hand: I was dubious when Joanne announced she was taking her coconut drink with her into the water, but I gamely followed behind. 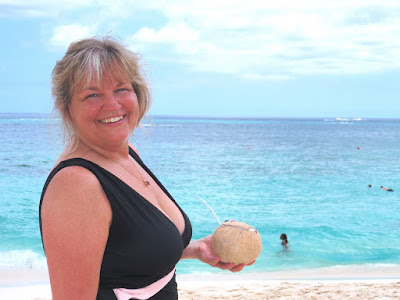 It made for a nice photo of her. That is, until we attempted water entry. Then, the waves and undertow were a little fierce. I got my pose in, but yes, it is cropped like hell, because there is no way it was getting posted in it’s virgin state – I was trying to maintain some balance while not spilling an ounce of the coconut. It made for an interesting and unflattering splay-legged, falling-over kinda pose. But I was laughing! 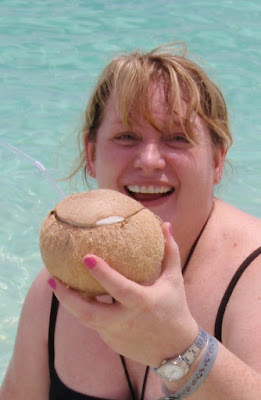 Then, the waves got ahold of us both, and Joanne got rolled by a wave and lost her drink. 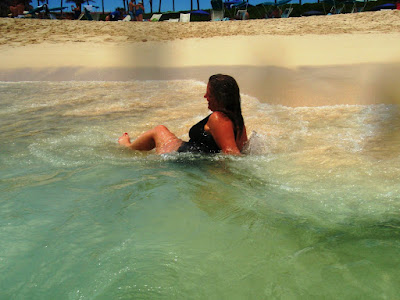 We still swam around and had a good time, and the foreboding clouds in the background didn’t affect our day at the beach. The skies opened up a bit later, after we were done eating and we were exploring the underground aquarium on the Atlantis property. 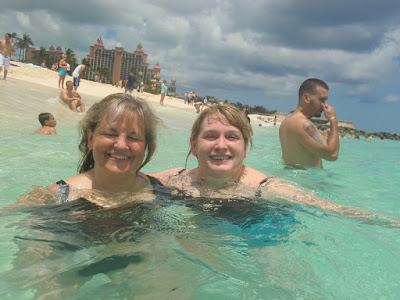