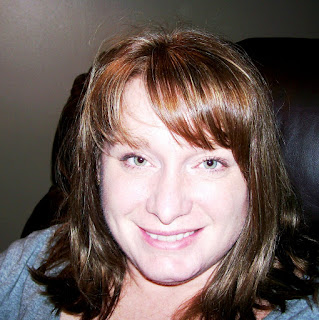 Well, Hello There! Good to see ya again. You’re treated to a self-portrait to show you what $140 hair color looks like. Is it $130 better than the DIY model I’ve been sportin‘ for the past few months? Well, you may not be able to tell it from here, but yes, yes it is. It’s dimensional and shimmery and not brassy and swingy and shiny. I’ve tried to convince myself that it doesn’t look $130 better, but frankly it does. Ah, well. The price we pay to forget our reality of ashy brown hair sprinkled with grey. So this is the new shade at least for another five weeks. It feels much, much lighter when I look in the mirror, but in photos I can more objectively judge that it’s really not as shockingly different. I’m good with it.

So here’s a quick update on other things.

Twinkle is doing well. He’s not too keen on shots, but he only growled at me once, and seems to be doing pretty well overall. He’s definitely friskier. I’ve been aggressively researching how to correct this with diet, and am switching them all to a diet heavier in canned cat food. I still have some dry food out, I don’t want to suddenly make food unavailable to them throughout the day, but have switched to a higher-protein dry (still not as high as canned) which doesn’t have a corn base (Chicken Soup for the Cat Lovers Soul brand) and we’ll see how that goes. They’re happier about it, but it’s more expensive.

I’m in full-blown getting ready for a trip whirling dervish panic mode. Sitting here blogging isn’t helping matters, but I’m drinking a beer and trying to take it easy. We leave for an overnight trip to Atlantic City in the morn. I need a break from life, I am having a difficult time coping with it lately. I’m attributing it to working too hard for the past couple of months, so maybe a break will help.

Thanks to his Scooby-Senses, Kenny may have prevented a house fire! Sometime smelled amiss in the kitchen, and it wasn’t the trash or dirty dishes in the sink. Timmy came up to help us pinpoint the smell and the conversation went kinda like this:
Kenny: “Do you know what that smell could be?”
Timmy: “Maybe it’s the gas line?”
Kenny: “We have an electric stove.”
Timmy: “Huh. I got nothing then.”
It was actually coming from a light we had above the stove, some piece of shit that Keith installed for me a couple of years ago. While I appreciate his efforts, the shit he digs up out of the basement to bring over here is never of any quality and it never works well or for long. Now the kitchen is a little bit dark. Luckily I don’t spend much time in there.

While there’s more, so much more that I could say, I really have to go and scrub behind the stove. Now that I’ve seen the filth back there, I can’t pretend we’re just a little messy and disorganized. The behind-the-stove dirt has ruined that for me.