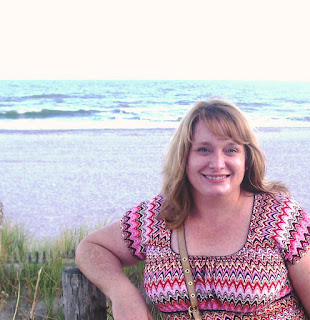 A Perfect Long Weekend. How often does one get to boast of that?? Well, I do! So much fun; relaxing and reconnecting, saying Adieu to a too-short summer. Well, you’ll have that, can’t stop the changing of the seasons, the best you can hope for is to make the most of them and enjoy ’em while you can. It’s when the seasons begin to change that I am reminded, a little in amazement, of how far I’ve come in life over the last four years. Wow, so much has happened, and better than ever – just genuinely happy as I dance through this life, with the opportunity to do absolutely anything that strikes my fancy.

I was reminded of that today in particular, as I finalized our vacation plans and it told me we are 33 days away from embarkation or whatever it is they call it. Ken and I reviewed some of the excursions and booked Stingray City while in Grand Caymen, and we’re going to go to Passion Island in Cozumel. And that’s only one week, we don’t even have the second week looked at yet. How fun for us, how fortunate I am, and grateful for my life. This, after spending the beginning of the weekend with my friendie in Atlantic City, walking the beach and enjoying pampering spa treatments, just enjoying being with the one I heart. Ever have one of those days where you just feel lucky to be you?? Well, that’s me this weekend. Lucky, lucky me!

Maybe all those good endorphins are in overdrive because Ken and I actually did some outdoorsy activities. For the first time in three years I convinced him to go to the Towpath and enjoy a little fresh air. He walks around so much at work, that walking for enjoyment isn’t exactly high on his list, but he did it anyway, holding hands and talking about life. It was renewing. After, we went for a nice salad and icy tea at Champps, then caught a quick movie, House Bunny, which was laugh-out-loud funny. Oh, yeah, the rockin‘ sex this weekend hasn’t exactly hampered the great mood any 🙂

Sunday I enjoyed an afternoon with Sophie. She made her famous stuffed cabbages and gave me a container to take home, which is always a treat. I also finally remembered to get my lamps from her basement where I’ve been storing them for three years. Ya know, there’s a reason I don’t like to keep shit in storage, and I was reminded it of with these lamps. First, as much of a neatnik as Sophie is with her house, her basement is laden with cobwebs. I walked down there and ran head first into some hanging webs and screamed like a little girl. She had to come down and “rescue” me from the webs, I was going to forgo the lamps rather than wade through the webs to get them. They don’t phase her a bit, she is sturdy Czech farm grown stock. It’s really weird to have all those webs, because her basement is virtually empty. Very little stuff stored down there at all, yet webs just hanging from the ceiling to the floor. I did not enjoy that. I knocked some of them down with a broom, all the while screaming every time something brushed my arm. The light cord brushed against me at one point and I screamed so loudly I thought the neighbors might call the police. So Sophie got the lamps and brushed the webs free, but I had to let them sit out in the driveway before I could transition them into my car, just in case something was lingering around on the shade or something.

But here’s the point about keeping stuff in storage: it’s very rarely as nice as you remembered it being. I looked at these lamps, and while they are nice enough, they certainly weren’t worth hanging onto for all these years. I could have just as easily replaced them with something from Target and never thought twice about it. I mean, they’re already paid for with “married” money, which is one plus, but one of the shades has some type of mar on it from God knows what basement mold/bug/web – who knows. But it’s not “perfect” from it’s time in storage. Most of the shit ended up like that, which is why now I’m really glad I sold most everything. Even the $2500 treadmill I had while Married, it’s pieces are rather scattered from the disassembly from the move and will more than likely never go back together again. Should have sold it rather than take it with me. I have a gym membership now, why would I bother having it set up? Well, luckily I ditched most of the big stuff anyway. So that’s a rather rambling story that doesn’t much have a point, ha ha 😉
September’s shaping up to be another fun, busy month. I have the Artist’s Way Retreat mid-month, and I’ve signed up for a watercolor class, which should be interesting. That will be a Friday-Sunday event, staying at a little Bed & Breakfast up by the lake. We’re also tossing around the idea of having our yearly clam bake, since I do have big clam steamer, might as well have the bake. We’ll have to do that at the end of the month, the weekend before our vacation beings, I imagine. They’re a lot of work, but sure are a good time.

I wrapped up this fine, fine weekend by doing some yard work, trimming bushes and what not, and picking some plums off the tree in the backyard. It’s laden with plums, Ken and Tim said this is the first year they’ve ever seen them produce anything, they didn’t even know we had a plum tree back there. It’s probably producing because I trimmed it all back last Fall, so it rejuvenated and bore fruit. I saw a little squirrel sitting up high in the branches tonight, holding a little plum in it’s paws and eating with a frenzy. I picked some, will let them ripen on the counter. I washed my car, washed some laundry, and washed some dishes. Everything is scrubbed clean, ready for Fall and a new work week that is laid in waiting at my feet.

Peace, and Don’t worry, Be happy.