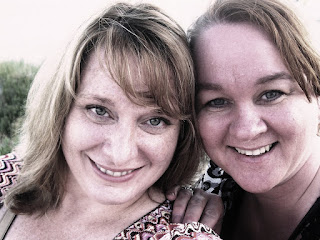 Mimi and I went to Atlantic City, and All You Get is This Stupid Blog.

I think that should be a new T-shirt slogan. It would be pertinent to so few, it would cause quite a bit of head-scratching, furrowed brows and general looks of confusion.

After 15 years of togetherness, Mimi and I finally took our very first trip together. I really still am a little surprised I was able to get her to leave her family obligations, but it was hard to come up with an argument against Free Trip. The timing and price were perfect! We each took a vacation day on Friday, maximizing our long Labor Day holiday weekend. The trip was a simple over-nighter, so we both still have two more days off before we need to return to the grind of Everyday Life.

Kenny took us to the airport Friday morning, and as we were driving past the Tiedeman Road offramp (work route) he commented, “Huh, bet you’ve never seen this ramp so early in the morning,” as it was 6:45 a.m. I mused that perhaps I would become Early Riser Girl and he just laughed and laughed and laughed….
As usual, the junket to Atlantic City was seamless and easy. Mimi hasn’t flown in over six years, and she discovered that she is not really a good fly-er. She was feeling a little queasy, which lasted for the greater part of Friday as we had a hard time finding Dramamine. But she managed to smile through the queasiness and made fast friends with the folks she was sitting next to, even exchanging email addresses. 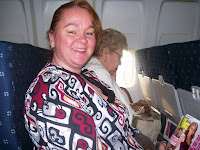 Just so there was no hard feelings of expected behaviors between us, I did inform her that if she threw up at any time on the trip I would be capturing photos first, holding her hair and being compassionate second.

We landed without incident. I don’t know if I’m happy or disappointed about that 😉 It would have made for some good mocking and disgusting photos. 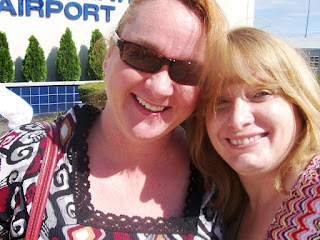 P.S. Am I really this much shorter than my friends?? I feel so much taller in person. Perhaps I just photograph short, as Geri once mused.

As with all vacations, we took care of the first order of business: Food and Drinks. 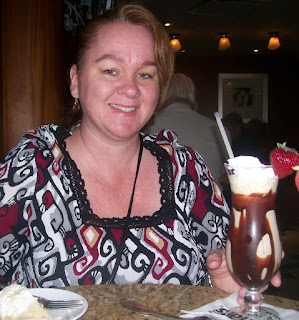 It was a very relaxing trip overall, with the most difficult part being getting our room changed. They put us in a stinking smoking room and we had to wait for our luggage to be delivered to the room before we could switch. So after eating a nice brunch and sipping on mudslides, we did what all Girls Gone Wild do once they are let loose on a gambling and drinking town: Napped. In the stinky smoke room. Well, we had to wait for the luggage anyway, might as well get a catnap in so we can let our bad self’s loose on the town later. 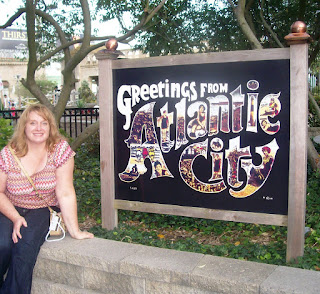 Friday afternoon we headed over to the Boardwalk. We shopped and walked the beach and did a fair amount of people watching. 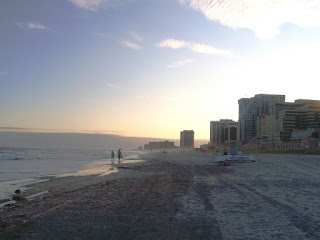 We followed the Path to Happiness: 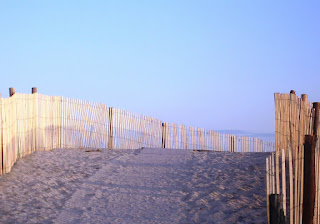 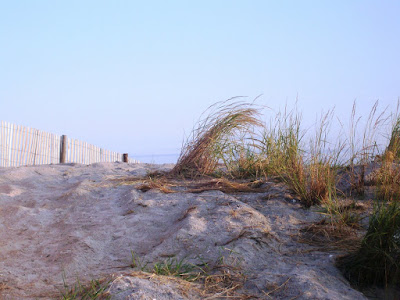 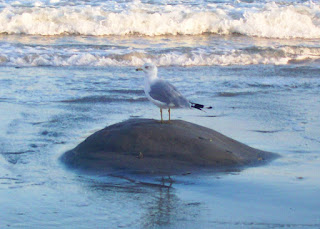 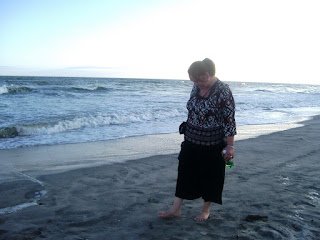 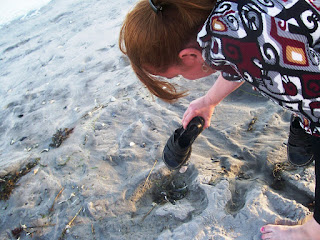 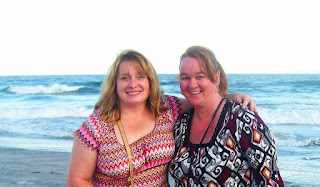 No trip would be complete with out mention of some strange Pussies: 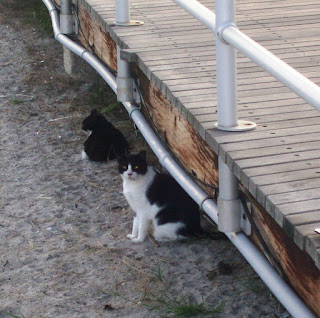 We wish these were the only Pussies we saw, but alas, we were treated to some visions during our trip to the spa on Saturday. Bigger and hairier than the ones above, unfortunately for us. They were just all hanging out.

Friday evening we had free show tickets for The Wedding Singer. It was super fun, very 80’s, and relate-able from the parachute pants to the seafoam green and peach dresses. Mimi was a little queasy still so she had a ginger ale while I sipped gin. After the show we did our first little bit of gambling, which was new to Mimi. Luckily she had a pro to show her the ropes! I hooked her up on some Video Poker while I played some of my mindless slots, and we called it a night around 1:30 a.m.

Saturday morning we slept in and got a leisurely start to a leisurely day. While she was in the shower, I called the Red Door Spa and inquired about openings for massages, facials – whatever they had available. We were leaving for the airport at 6:00 p.m., so we were going to just hang out at our hotel for the day. Might as well have people rub us.

We shvited and whirlpooled and steamed ourselves silly. 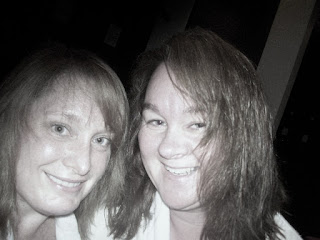 We were limp noodles at the end of the day, wrapping it up just in time to grab a quick bite to eat and board the bus for the airport. 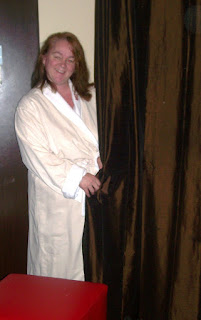 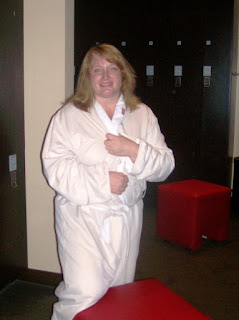 It was the perfect end to a perfect trip. 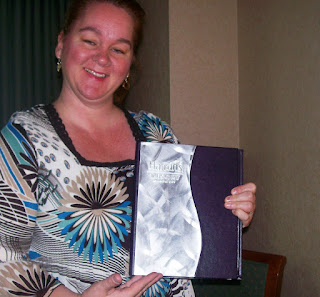