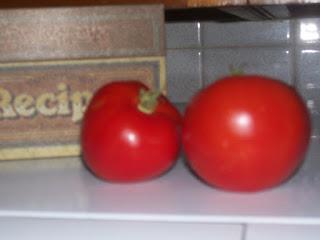 Two-thirds of the Cleveland Summer are gone, and my tomatoes have just begun to ripen. Is that normal timing? I don’t really know, I feel as if we should have been eating homegrown tomato sammiches as early as July, but here we are: August.

Despite my efforts to grow large, lush productive plants by adding Miracle Gro fertilizers and working in new top soil to my planting ground, my tomatoes are repeating the size of last year’s harvest, about the size of tennis balls. WTF. They are also a little burnt up, in spite of the heavy rains we’ve had all summer. Vera pointed out that they are next to the garage and partial obscured by the overhang, which could be misdirecting the water flow. I guess I never looked up to notice. Fuckity Fuck. It’s always something. Next year I’m going to try a new area, I guess, see if it reaps better results. I won’t even discuss the Big Berta Bell Peppers. Let me just say that there won’t be any home grown stuffed green pepper dishes being produced in my kitchen at this rate. Perhaps I need to ask an expert at Home Depot’s garden center how I can make my garden grow.

I’ve decided to take my blogging to the porch, where the cats and I can all enjoy the beautiful weather of a Sunday evening. Caesar is busy eating a dead leaf that is on the floor, which I’m sure he’ll throw up later, somewhere on the carpet. I hope around three a.m., there’s nothing quite as nice as waking from a sound sleep to that little treat. Widda is watching the porch shenanigans from the safety of the doorway, she’d like to come out and join the foray, but her “Fraidy Cat mentality just won’t let her come and roll and play. Kenny said she needs cat therapy. I would be inclined to agree. Girlie is just fine relaxing on the porch, she conks right out for a prime cat nap. 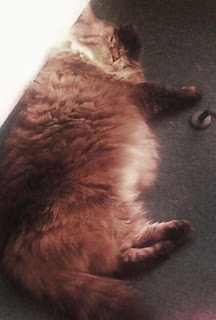 Friday was a busy, busy day, with a long day at the office rolling into patio drinks at Blue Moose with some friends from Toastmasters, and Timmy. I set up the little social hour, and then I had to cut my own get-together short as Kenny made plans for the evening with Pete & Vera. Fun plans, don’t get me wrong, but I was therefore double-booked and trying to fit all the fun in. It wasn’t easy, but I managed. Two quick drinks on the patio, some inappropriate story-telling, successfully bored Timmy with shop talk, and we hauled ass home where Vera was already waiting. I threw some undies and toothbrushes in a bag and Pete, Vera, Kenny and I headed up for a night in Erie, for some gaming action. Yes, more of that, but it was Pete’s request, and we went along for the ride, not wanting to miss out on any type of fun to be had. 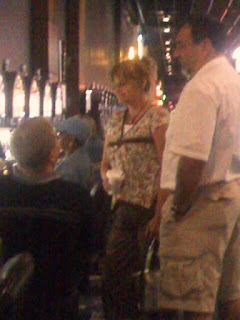 We enjoyed a leisurely fun drive home on Saturday, stopping at an off-the-beaten-path restaurant in Leroy, Ohio for pizza and salad. With full bellies and cozy blankets, Vera and I sprawled out in the backseat of the car for a relaxing ride. Vera had her feet on the back of Pete’s seat, giving him a face massage with her feet. Kenny would hate that, as he’s got a foot aversion to begin with. They don’t need to be touching his face – ever! Pete has a hairbrained scheme to sell dirty socks on Ebay for freaks…er, I mean people who are a just a little different….with foot fetishes. Somehow he knows (??) that they’ll pay big money for stinky used socks. Huh. Wonder what I could get for crotchy panties, I know the cat sure enjoys rolling around on them. 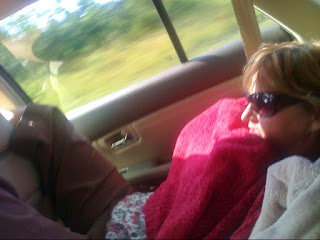 So far it’s been a pretty great weekend, as far as weekend’s go. Very relaxing, not doing too much of anything that could be construed as non-fun. I have toyed with washing the car and the bedding, but we’ll see. That doesn’t fall in the “fun” category. We made some returns – yes, electric cat watering dish was returned, it didn’t last long at all – and I’ve got some recent purchases to get squared away. Our air purifiers showed up, I love it in the bedroom, the air smells like fresh rain in there. Need to get the one set up for the living room today. Almost too lazy to do that, and all that is required is to take it out of the box and plug it in. Some days are just that lazy.

My new Olympus camera has been the suspected challenge to figure out. I’ve been reading the manual, it does a lot of fancy tricks, but couldn’t use it until today, I didn’t have a memory card. Picked on up for $70 from Best Buy this afternoon. I may head down to the towpath and take some nature shots, just to play around and test it out. The really bad-quality photos I’ve posted today were from my phone, not my new fancy camera.

I believe I forgot to mention from our last Vegas excursion that we saw Pete Rose while we were there. Paid good money for an autograph. Kinda ironic seeing him in the gambling mecca of the world, as that was his downfall from baseball grace. Anyway, it was still rather exciting to shake hands with a legend. 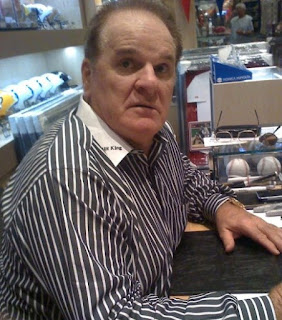 It’s about that time where I need to sit down and figure up some goals for August. July kinda snuck by me, not a lot “new” learnings went on, but I gave myself a pass since I got the promotion at work. That has been new enough. Just getting settled in the new work, haven’t been hit with it too hard as of yet, but I’m excited. As the feminine deodorant spray ads tell us, it’s good to stay fresh.

Peace, and make the most of the last official month of summer in the city. Get out there and do stuff! I have a lot of unexplored festivals on my list. I plan on checking them out this month.