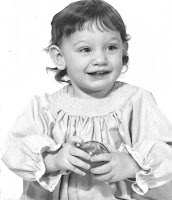 A blustery snow storm has settled over the city. Sitting in my living room chair, I can watch the winds struggle against the plastic on the windows, pushing and straining to get out of the cold themselves. Alas, they are not allowed in; the plastic is being bullied, yet holding firm in it’s stance.

Morning dread is creeping over me all too soon, infringing on my evening. The thought of facing the cold and snow with the dawn of the new day is less than appealing. Dare I stay home and cuddle up with cats? No, not tomorrow. Too many plans and appointments for the day, it would be too much to cancel and rearrange. The girls and I are supposed to have a holiday dinner at Carrabbas right after work. Mimi and I have lunch plans. So I’ll trudge in, despite the blowing cold, because I would hate to miss my pre-holiday shenanigans. Next week is a big party week all the way around with department luncheons and general catching-up. I still have to get my Christmas cards in the mail. I’ve been sporadically addressing them, I don’t seem to have everything contained in one spot, so it’s been catch-as-catch-can with them. I’d better get busy with it, or I’ll miss the entire carding opportunity for yet another year.

We had some folks over to watch the football game with us and Kenny got in trouble. He was left with a short list of things to do while I was at the gym today and he failed me. Needless to say, he’s been in a lot of trouble and I pulled out the “I’m Moving Out!” move again. He’s been repentant, but full of excuses for not doing shit around the house again. Same old story. Oh, let me also say that before I went to the gym – while he was on the couch – I cleaned the bathroom, baked cupcakes and put on a crockpot of sweet & sour meatballs. It’s not as if I left him with a chore list while I was off gallivanting footloose & fancyfree. I had just completed my part while he sat on his ass. So I think he’s buying us a housecleaner for 2008. That might do a good job alleviating some of this strain. It’s just about the only thing we argue about, and since it’s been the same argument for 2 years, it’s not going to change. It is who he is. But it’s unacceptable for me to be the wife, maid, lover, handyman, et al. So he can pay for a maid and then he can sit around and do nothing and not have to listen to me bitch. See, already a New Years Resolution is in place! Oh, and I’m due to start my period any day now, so I’m sure my rant was hormonally inspired, but so what.

We did a bit of Christmas shopping, Kenny ordered digital picture frames for his parents and grandparents. Incidentally, he got the idea from Tim’s “girlfriend” (it’s quoted here because I don’t know if they’re on or off at the moment, it’s touch-and-go by day), who sent that to his parents. While they are “on a break,” so that sounds a little bit manipulative to me. Sending your “ex” boyfriends parents a gift you can’t afford in the first place = manipulative. But anyway, we got a good idea out of it, and that’s all that matters. They were expensive, though – $120 each! I also think I might order a Blockbuster gift subscription for my sister-in-law as a gift for the family. They’re not horribly expensive. Oh, yeah – I got Kenny’s leather jacket ordered up, too. But it would take a Christmas Miracle to have it even in time for our trip to Vegas, so it will be more like a Valentine’s Gift – I shoulda probably got on that a little earlier than I did. Well, I have a few more small ideas for him to open on Christmas day. He’ll be fine, God knows we both have enough shit already anyway.

I’ve been busy thinking about our upcoming vacation plans for 2008. Here’s what I’ve come up with so far:

Jan – Vegas (but only barely into January, since we come home on the 2nd)
Feb – Vegas for Valentine’s Day (Kenny has a great offer with hundreds of dollars in a shopping spree at the Caesar’s Forum Shops)
June – Vegas for Kenny & Timmy’s 40th Birthday
~~Rob, take a deep breath, I know all this Vegas makes your heart palpitate a bit – it gets better from here~~
July/August – Alaska Cruise
November – Caribbean Cruise

And that rounds out the year! See, Rob, Alaska is adding something new and wonderful to explore – we’d be branching out! And I seriously doubt the Vegas trips will all happen, it’s just a sketchy plan at this point.

Alrighty, I’m off to read a book before bed. Still trying to get through one my friend Emily lent me, The Way the Crow Flies. It’s good, it just takes a while to get into and it’s really dense reading, so I don’t get through a lot of pages in one sitting. I have been trying some speed-reading techniques I just read about, but that kinda takes away the fun of reading for enjoyment.

Peace, and I hope everyone stayed safe and warm this blustery winter weekend!