I volunteer to provide Jack Bauer with as many conjugal visits as needed. It’s my duty as an American. Hotdamn, he is still good looking in a mug shot. He’s a bad, bad boy. He needs a spanking. 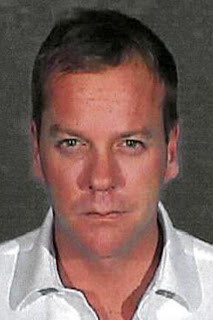 I think it’s cute the way he’s letting them think they could keep him if he didn’t want to be there. He’s Jack Bauer, for Chrissake.

Passed out, surrounded by terrorists and nerve gas, and handcuffed to a table leg, Jack Bauer laughed to himself and said, “I have them right where I want them.”

Jack Bauer quit for just five minutes, and a nuclear bomb went off.

In 96 hours, Jack Bauer has killed 93 people and saved the world 4 times. What the fuck have you done with your life?