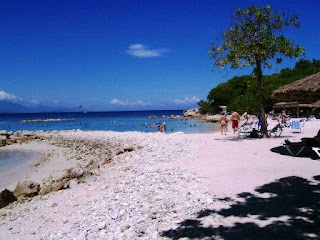 The leaves aren’t the only things a-changin‘ around here; big changes are a-happenin‘ on the homefront. Today I finally committed to re-joining the girl gym, Lady of America, which is about 5 minutes from my house. I just decided to do it, just like the Nike commercial advises. Or used to advise. The decision was spurred along in part from this health survey we can choose to take at work, doing so entitled me to a $150 credit on our health care costs. So I took it last week and the results should have come as no surprise, but it’s always eye-opening to actually see it in print. I’m below-average in the overall health category for my age. Drat. Pretty much in part to my lack of any extra-curricular activity that doesn’t involve the sofa. When I was single and had my house, I worked out all the time in the basement, it was all set-up with the treadmill and whatnot. Now that is disassembled in the garage and the exercise bike that’s in the “sound studio” portion of our house (ckn – commonly known as – the dining room in most other people’s houses) somehow lost it’s tension settings upon the move and I’m just not inspired to use it without a random interval challenge. So I do nothing instead. Until today! I’m an official Lady of America member, and I committed to going 2Xweek for a consecutive 10-week span, which will save me a dollar per month. We all know how I like to save a dollar!

Anyway, I was all geared up to work out, and she informed me they were closing in 20 minutes, which confused me because the decals on the window in the front listed the Saturday hours as 9:00 a.m. – 2:00 p.m. and it was 12:20 p.m. The gal told me that it didn’t say that, at which point of course we had to walk to the front and look (I couldn’t let that one go) and she said, “Huh. Those must be summer hours. We’re closing at 1:00.” So. It seems posted hours don’t matter, if the person working has something going on and wants to get the hell outta there. Twenty minutes was actually plenty, I did the elliptical and would have passed out if I had been allowed to go any longer. It probably saved my life, being “forced” to quit early.

After, Kenny and I headed to Parmatown, he wanted Sakkio Japan’s famous Teriyaki Chicken for lunch and I – hold on, this next statement is going to come as a surprise – needed to make a return. Yes, I know, that’s unusual for me. I purchased some makeup from Prescriptives back in August and I just don’t like it (and it was pricey). I may be close to my “out of time to return” but was going to give it a shot. Well, the Macy’s at Parmatown doesn’t sell Prescriptives, only the Great Northern and Strongsville’s stores carry that line. So my return attempt was moo (Friend’s reference).

While we were malling (yes, I’ve turned a noun into a verb), I happened upon some friendly folks at the T-Mobile counter and I believe we’re getting new phones. They give you a pretty decent credit towards your cancellation fees with our other contract, we got to take 2 new phones home with is for a 14-day trial period and, if all goes well, it’s a one year contract vs. two years. Not to mention we’ll save $30ish dollars per month vs. my Verizon bill. There’s always a catch with the stuff, but the most compelling reason to change is that we get NO RECEPTION at home on our cellphones. Calls drop as soon as we pull in our driveway, and Verizon has been unsuccessful with fixing the problem. So far, we have a good signal in the driveway and house. I still haven’t figured it all out yet, that will take some time. I am going to try and sell my old phone, it’s a Samsung and was quite pricey, but I’ve never really loved it. I can’t quite figure out how to put my photos as wallpaper on this new one, that better work or it’s going back. So that was a random decision, but hopefully we’ll be much happier and actually be able to use our phones in the house – imagine that.

I’ve had some busy past few weeks, catching up with a bunch of people and reconnecting. It’s been fun, I had lunch with a girl who was my BFF during the school years. We’ve drifted, even though she just lives in Columbia Station, but our lives have different paths and hers is full of kids, which makes her even busier than me. Her days and evenings are filled with obligations, while mine is basically just the daytime work obligation, with evenings free to gad about town.
I met my friend Brenda (well, she was my mom’s friend, but mine, too) for lunch at Olive Garden last weekend, it was fun catching up with her. She and her husband start their winter flock to Florida next week and I wanted to squeeze in a visit with her before she migrates. I enjoy her company so much, the time flies by and we ended up sitting til we were both stiff in the knees. I talked so much, my lips needed fanned down to keep ’em from bursting into flames. I wish them safe travels and perhaps I’ll take a timeout and go down there and visit this winter for a few days, a nice good-for-the-girl-soul trip. It would be awkward, however, to go there and not see my father, but I can’t feel guilty about everything. I get enough of that from Sophie, intentional or not.

It was a very big week – I finally got the revised Deferred Compensation agreement signed and sent to the Ohio Pension people. Fucksteve finally quit dicking around. Hooray!! I’m finally, 100% done with that worthless fatass human being. Those words sound harsher than I feel, I couldn’t care less about him at all anymore actually. It’s just fun to call him names, because, well, he is fat and he doesn’t have a strong moral character so why not. But really, I’m just relieved to have all of that settled. Chapter closed.

Very few folks have heard about this (folks that I’ve talked to, anyway), but the Cinemark in Valley View (where Kenny works) will be showing the Garth Brooks concert via satellite on November 14th. He’s performing in Kansas City for a week, and the show on the 14th will be beamed to select movie theaters and tickets to see it “live” were only $10 each. Of course we snapped up 6 of them, a couple of other couples are going with us, and I’m very excited about the whole thing. It will definately be something a little different to do and I’m happy that I have a boyfriendie who loves Garth even more than I do – he didn’t hesitate to grab up the tickets. We’re going to make an evening of it, with dinner before the show. I’m excited, our friends Dan & Bev and Kim & Jim are joining us. My friend Joanne from work might come, too – it will be one big festivus! I asked Kenny if it was sold out yet, and he said that his friend Chris – who works in the ticket booth – hadn’t even heard about this yet. They have done a piss-poor job of advertising, to say the least. Good for me, I’ll get better seats.

Jill and I have tickets to see Keith Urban on November 9th. We’re working on our relationship – maybe WE need couples counseling :). Course, it didn’t work for me and Fucksteve, so I don’t put much stock in that. I think we’d be better off with just a few cocktails and a heart-to-heart. And that would be more fun, too!
I have big plans for some house cleaning tonight, after I fuck off on the computer for a while longer. All the cats are in serious nap-mode, and it’s well into the early evening. They are lazy little felines.
Yesterday there was a great episode of Survivorman; Les was deserted in the Kalahari Desert and had to fend for himself with little more than some bags, chocolate, a couple of vessels (look at my big word here!), some disgusting peanut butter and some knives. He faced dehydration, scorpions, the heat, the cold and some venomous cobras. He made some water by peeing in a hole he dug out in the sand, peeing around a cup, covering it with plastic and weighting it down with sand. Condensation formed as the pee evaporated and he captured it in the cup. He also ate a scorpion kabob, sans stingers. I think Les would be the perfect date. There is absolutely NOTHING that man won’t put in his mouth, and I am sure he is even a butthole licker. He’s not scared of anything on his lips. If he didn’t do all of that – and then some – I would be pretty worried about my “situation” down there. He’ll drink water made from pee, eat scorpions and locusts – he better be getting down there and getting into it all. So. If anything happens to Kenny, I’m going after Les. Kenny knows this and okays the plan.

And with that, I bid you adieu and wish you another fine week.