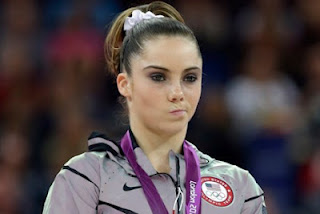 Mykala and I are NOT impressed. With Samsung appliances or Orville Redenbacher’s microwave popcorn in some fancy stupid pop-up bag-that-becomes-a-bowl thing.

I thought it would be nice to have some snackies around the house so I threw a box of that popcorn in my buggy at the grocery store and checked out. But interestingly enough (well, not really that interesting, but since I’m in charge of the story, there you go), I don’t even really LIKE microwave popcorn, so why I bought it is still a little bit of a mystery. I think it’s because so many people love microwave popcorn that I think I should like it, too, but invariably do not and all I’m left with is the taste of disappointment and a stink in the house that will not dissipate.

And this particular foray into the Kingdom of MicroPopcorn was an especially brilliant failure. It’s just… slicky and sticky and slimy and gross. Their Redenbacher website touts this Pop Up Bowl  as “Voted Product of the Year” – hey, Popcorn Makers: it’s not a win if you’re just proclaiming it yourself. Because surely the public is smart enough to vote for something better than this mess.  Right, Romney voters? Well, surely someone out there is smart enough to pick a different popcorn and president than whomever’s casting votes for either of these two items.

I’m not even sure that sentence makes sense, but it’s my one and only political stab, so there.

I’ve decided to pass out the unopened packages to trick-or-treaters. Kids are too stupid to know that it sucks.