We succumbed to the hype and the horn-tooting that The Public has been doing and – against my better judgement – purchased a Keurig coffee maker.


I did do some online research before making a $150 coffee pot purchase and the reviews were mixed. Some folks found that they stopped working after a short time and were a pain in the ass to keep descaled, while others swore they were handed down from the heavens by the hand of God.


Now, I was given to a bit of head-scratching when I read that the Special Edition or whatever it was we purchased offered 3 different cup sizes. I wondered to myself what with the little coffee packet coming in only one size, how does it adjust to have taste from the heavens regardless of the amount of water used?


I chalked it up to Magic, because obviously it must be fine no matter the cup size because no one had a complaint about that issue.


So we bought one.


And made our first cup.


And it dribbled out and barely filled the bottom of a coffee mug. 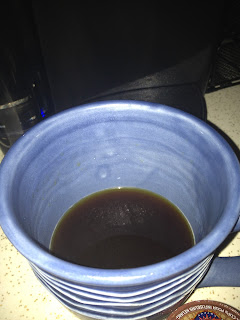 
We experimented with various cup sizes. The largest size? Still only 9 oz. and made the flavor watery.


It was definitely going to take 2 k-cups (they even have their own little lingo) per one cuppa coffee. Apparently, for our taste enjoyment,  it takes 2 k-cups, brewed on the smallest cup size and the mug still isn’t filled. 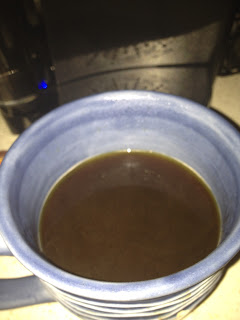 Why oh why do people tout this contraption with such verve and enthusiasm?? So, sure, it tastes fine. And the only thing I can really say that is positive is that I like the look of the machine on the kitchen counter and that the coffee ground clean-up is a snap.


But is that worth the tradeoff? I still have to push a button to heat the water (so no time-saver there), and then stand there and make several k-cups at a time for our 2 cups of coffee in the a.m., and I’m now spending a Starbucks fortune per cuppa coffee, so what is the savings?


Nothing. It’s nothing, Reader. It’s just a different pain-in-the-ass than my old coffee pot, which I am telling you is going right back on the counter as I pack up my $150 contraption for a store return.