The Bang Bang Theories
Let's Be Friendies
Guess which concert we went to Saturday night? 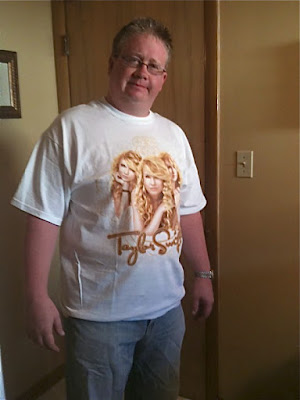 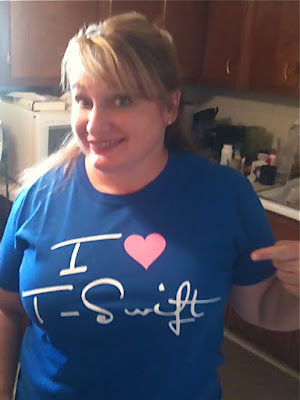 Kenny and I actually had a fight about this concert.

He was considering spending $300 on tickets and I put the kabosh down on that. He was pretty glum about missing the concert, and then 2 free tickets dropped into my lap. It couldn’t have been better timing, either, it was right when his grandfather was so sick, and it was something for him to look forward to.
I told him if we’re going to a teeny-bopper show, we have to at the very least wear Taylor t-shirts. I didn’t need to twist his arm.
The concert far exceeded my expectations. It would have been worth the $300 tickets, really. And I’m glad that Taylor is finally 21, so it’s not quite as creepy with all the middle-aged men in attendance. Kenny was not alone, oh no sirree. 13 year old girls and 40-something year old men, and the women who support their desires.