Well, Reader, I’m back! I seem to have lost a little blogging steam, usually I don’t have a problem writing something about absolutely nothing, but as of late I haven’t even been able to muster up that nonsense. Rest assured, I think there is still some nonsense left in me.

Not that I need to get into a whole vacation update from three weeks ago, but here are a few fun pictures from the trip. Below is a photo of our hotel, The Beverly Hills Hotel, which is the cover of the Eagles Hotel California album. I love this hotel and would like to go there again for more days. 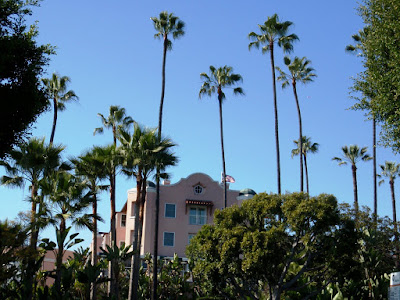 Here is one of my favorite pictures taken in Beverly Hills, a church on Rodeo Drive as the sun was winding down for the day. 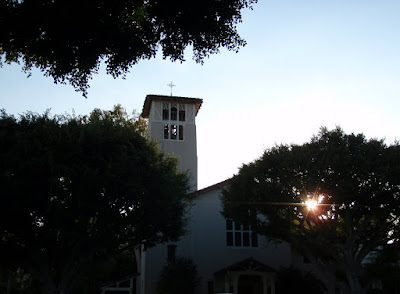 This picture was taken right after Kenny dropped and semi-broke my brand-new waterproof camera. It still works, but I have my doubts about it’s sea-worthiness anymore. And that’s just one more reason I don’t like to borrow things – had that happened when I borrowed the Murdoch’s camera I would have been most distressed. As it was, I was irked with Kenny’s clumsiness and wasn’t in a forgiving mood that “accident’s happen.” It was literally one day old and he dropped her right on the street. But we still managed to get the photo. 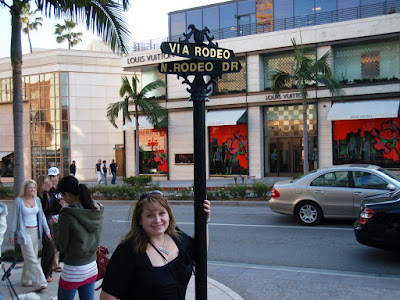 My favorite day on the cruise ship, the day we ported in Mazatlan. We stayed on the ship and it was warm enough that I got sun poisoning on my legs while I enjoyed having the deck to myself. I was reading a rather uninteresting book at this point, though, which is probably a good thing because it made me come in sooner rather than later – I would have been sunburnt beyond belief had I been engrossed in The Other Boleyn Girl at this point in the trip. That Mexican Sun = Hot. 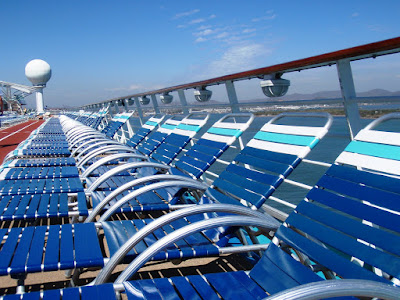 Speaking of reading, I’m rather engrossed in a book at the moment and for that I am going to leave this post as-is and get back to reading. For those interested, it’s The Road, by Cormac McCarthy, kind of a downer but haunting. I may also go to the gym, they’ve changed their hours and I now have a chance to actually make it on a Saturday.

I’ll try and think up something dazzling to write about later.