Kenny re-took the pictures, we don’t want to miss out on our tradition. The cats probably have a different opinion…. 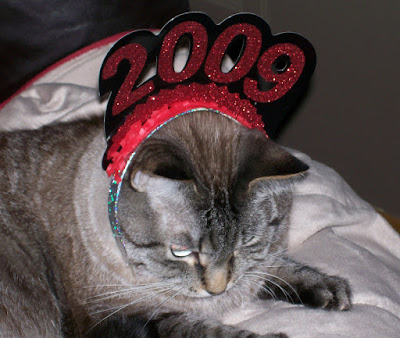 Girlie is disgruntled and probably disenfranchised somehow, since that seems to be the word people spout nowadays. 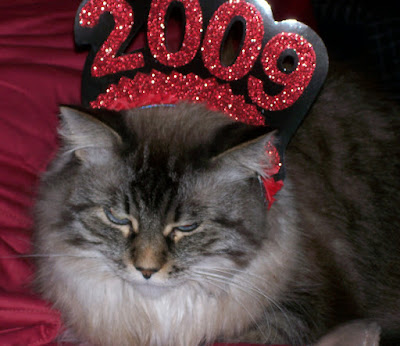 Caesar is resigned. During the holidays I answered the phone “Caesar’s Greetings” instead of Seasons Greetings, in his honor. Well, I did when I could remember my own joke that is. Most of the time I forgot to say it until it was too late. 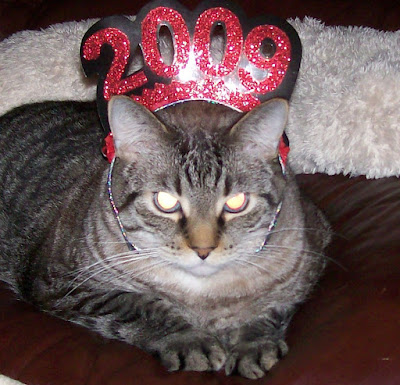 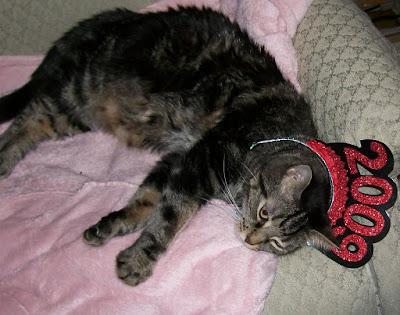 Widda scratched the piss out of me when we tried to put the crown on her head. She’s going to have to miss out on the fun. She’ll probably go puke on my pillow now. Wait, already did that.