Our bartender, Clifton Brown, was from Ocho Rios, Jamaica. They day before we docked in Montego Bay, he told us that he could hook us up with a cheap tour to Ocho Rios where we could go and climb Dunn’s River Falls. Now, the whole thing sounded a little iffy, and I wasn’t really sure what exactly “climbing the Falls” meant, but Kenny was loaded up with Budweiser and told Clifton, “Sure, tell your friend we’ll be there!”

Clifton told us his friend would charge us $25 for the tour. He wrote the guides name on a little scrap of paper, with a phone number in case we had trouble locating him once we docked. It all felt very covert and a little bit dangerous. I don’t believe the bartenders on the ship are supposed to be recruiting for offshore tours, but $25 was cheaper than anything else, and it was coming recommended. Our German friends we made at dinner, Ute and Sabrina, were really undecided until the last minute. But they decided to join the adventure, so the four of us made a pact to stick together.

Ute was just as apprehensive as I was about the whole “climbing the falls” thing. I assured her we should give it a try and if it was too scary we opt out at one of the three locations where you can exit the falls. We took a before the climb picture: 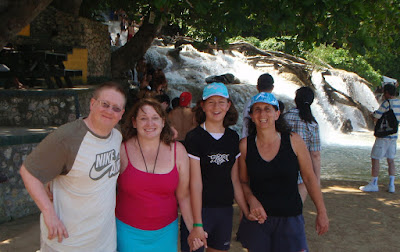 Here’s a picture of the Falls, as we were getting started. Not too scary so far. 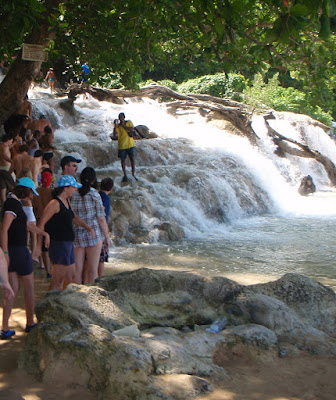 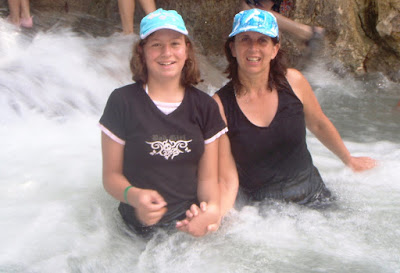 Kenny and I getting drenched under one of the Falls – it was pretty powerful and sometimes hard to stand up! 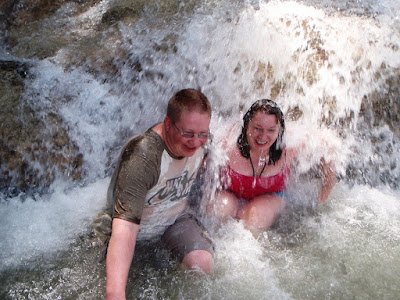 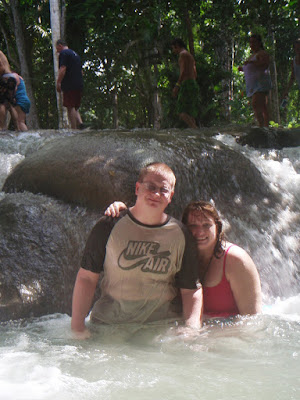 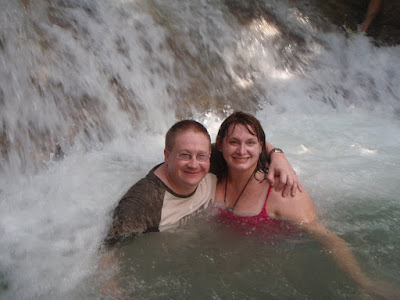 We did a few really fun things in the Falls. At one point there is a rock formation that acts as a slide, you can slide down it and into a pool of water. It was fun and I was proud of myself for doing it! Ute and Sabrina didn’t try that. At another point, a guide would hold onto you and push you over backwards into another pool of water – it was the whole “act of faith” moment. I have to say it was a little scary, but I tried that too, and was happy I did it. It was all very fun!

When we got to the steepest part of the Falls, Peter The Guide hand-walked me up the Falls. It was pretty scary and I’m not sure I would have been able to make it without the one-on-one assistance. But I DID make it, and felt very happy and exhilarated after the climb. 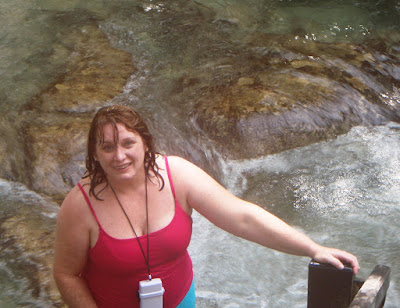 The four of us after the climb – YEA we all made it the entire way!! 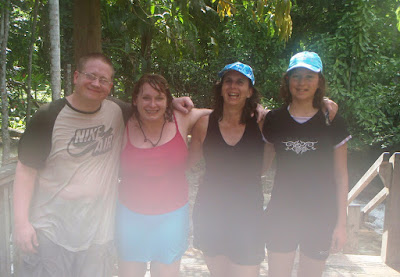 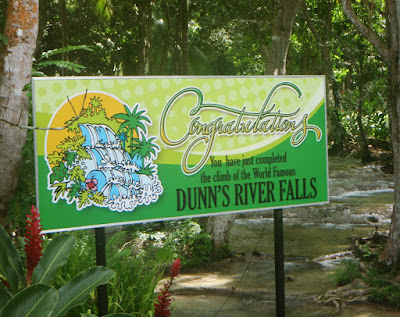 One thought on “Slippery When Wet”